Left-handed opener Jaiswal from Mumbai then grabbed centre-stage as he smashed 105 off 113 balls assisted with an equally graceful Divyansh Saxena (59 not out off 99 balls) supporting him in an easy chase completed in only 35.2 overs. 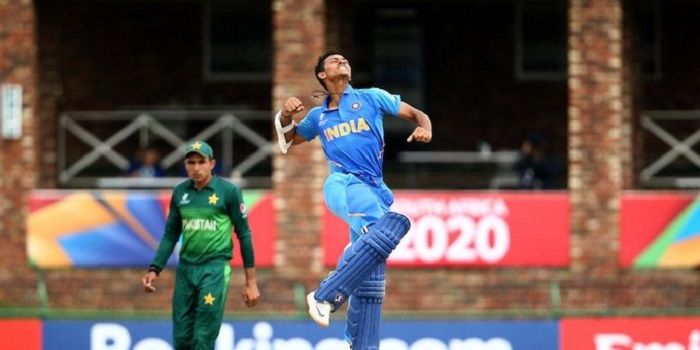 A future star in the making, Yashasvi Jaiswal dished out a masterclass along with pacer Kartik Tyagi as defending champions India thrashed arch-rivals Pakistan by 10 wickets to enter their seventh ICC U-19 World Cup final in Potchefstroom (South Africa) on Tuesday.

Opting to bat, the Indian bowlers collectively choked Pakistan to a paltry 172 in 43.1 overs. Left-handed opener Jaiswal from Mumbai then grabbed centre-stage as he smashed 105 off 113 balls assisted with an equally graceful Divyansh Saxena (59 not out off 99 balls) supporting him in an easy chase completed in only 35.2 overs.

“It’s a dream come true for me. To be able to do this for my country is a great feeling. To score a hundred against Pakistan in a World Cup semi-final is something I can’t put into words,” Jaiswal, who hit eight fours and four sixes, said after winning the ‘Player of the Match’ award.

Jaiswal toyed with the bowling attack, hitting the Pakistani bowlers towards all parts of the ground. The youngest Indian double centurion in List A cricket finished the game with a six, which also completed his hundred.

The Pakistan bowling attack looked clueless with Yashasvi and Divyansh depositing the ball all across the park. Divyansh’s batting was also pleasing to the eye, playing the ball late.

“We were talking about how we needed to stick at the wicket. They bowled well initially and we wanted to ride that out and we knew we could dominate them after that,” Jaiswal added.

The match as a contest was over in the first half when Pakistani batsmen had no answer to Tyagi’s pace and Bishnoi’s variations.

Pacer Tyagi (2/32 in 8 overs) bowled yorkers at will while leg-spinner Ravi Bishnoi (2/46 in 10 overs) was a difficult proposition to read for the Pakistani batsmen after opting to bat.

Pakistan skipper Rohail Nazir (62 off 102 balls) and opener Haider Ali (56 off 77 balls) were the only ones to make significant contributions as their innings lasted 43.1 overs. 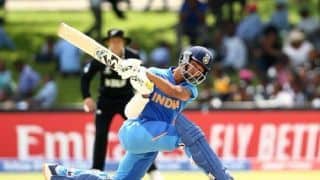 It’s A Dream Come True For Me To Score A Century in the World Cup: Yashasvi Jaiswal