The ICC U19 Cricket World Cup Trophy Tour will commence in Wellington on December 1.

Wellington: The ICC U19 World Cup 2018 was today launched here with 44 days to go for the 16-team event that brings together future stars who will compete across four cities and seven venues in New Zealand from 13 January to 3 February.

Speaking on the occasion, Richardson thanked New Zealand Cricket for hosting the tournament for the third time and extolled the importance of the U19 Cricket World Cup in grooming players from around the world.

Richardson: “The ICC Under 19 Cricket World Cup is special for so many reasons. It gives players an unrivaled experience of global events, a real flavor of international cricket at senior level and a glimpse into what life as one of the world’s best is really like.

“This event plays an important role in developing the participating teenagers into international professionals, teaching them invaluable lessons in comradery, discipline, leadership, playing under pressure and of course in the spirit of the game.

“A host of past and present stars have come through the U19s since its inception in 1988. The fact that a number of current captains including your very own Kane Williamson, Virat Kohli, Steve Smith, Joe Root, Sarfraz Ahmed, Dinesh Chandimal and Eoin Morgan have all played in the event demonstrates the calibre of cricket we have come to expect at this event.”

Anderson: “It is an honour for me to be associated with this tournament as its Brand Ambassador. I played in two U19 World Cups in 2008 and 2010 and can t forget the experience of playing with the upcoming best from around the world.

“I was lucky to have figured in the tournament along with players like Virat Kohli, Steve Smith, Kane Williamson and Joe Root, all of who have gone on to lead their respective sides in world cricket. The tournament provides players with many learnings which hold them in good stead as they develop into top-class cricketers.”

Details of the Trophy Tour for the tournament were also revealed during the event, which was attended by current players from the New Zealand and the Windies sides, who are due to play in the first match of their two-Test series at Wellington’s Basin Reserve from tomorrow.

The West Indies are the defending champions of the tournament, which is widely acknowledged as a platform to inspire the next generation of cricketers and fans.

Australia and India have been most successful in the tournament, winning the title three times each. Pakistan are the only side to have defended the title when they emerged victorious in the 2004 and 2006 editions while England and South Africa are the other teams to have won the tournament. 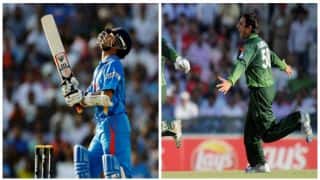 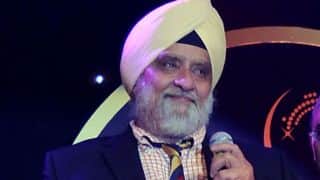