The logo for ICC World Twenty20 2014 was unveiled in Dhaka amidst galaxy of stars. The logo is inspired by the unique painted rickshaw which packs the streets of Bangladesh. 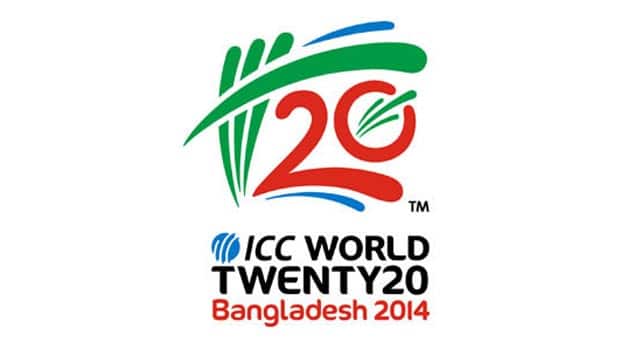 The logo for ICC World Twenty20 2014 was unveiled in Dhaka amidst galaxy of stars on Saturday. The logo is inspired by the unique painted rickshaw which packs the streets of Bangladesh.

International Cricket Council (ICC) Vice President AHM Mustafa Kamal and Bangladesh Cricket Board (BCB) President Nazmul Hasan were present at a sparkling event which was shown live on television in Bangladesh. The logo was launched exactly one year ahead of the tournament finals.

Bangladesh artists Lubna Marium and her team Shadhona, singers Habib and Nancy as well as magician Jewel Aich and sand artist Kaushik Bose performing infront of a packed audience of more than 500 specially invited guests which enthralled the audience.

Athar Ali Khan, former Bangladesh cricket star and now renowned commentator, compeered the show and was accompanied by Farah Sharmeen. The important part of the show was the unveiling of the event logo which uses the colours of the Bangladesh flag with splashes of blue that represents Bangladesh’s iconic waterways. It is also one of ICC’s own colour.

The ‘T’ is made up of cricket stumps and the ‘0’ in the T20 represents the cricket ball complete with  green Bangladeshi seam while the white colour in the design lends an energetic, friendly and youthful feel to the logo.

The logo is designed in Australia by a design company, Witekit, who also designed the the ICC Cricket World Cup logo in 2011, the ICC World Twenty20 2012 Sri Lanka mark and the distinctive logo for the ICC Women’s World Cup 2013 India.

“The evening captured the sounds and colours of this beautiful country with a distinctively Bangladeshi logo and memorable launch event. I know that the BCB will work tirelessly in the next 12 months to ensure they help deliver a tournament that ICC, BCB, world cricket and the people of Bangladesh can be proud to be associated with.We have now less than 12 months to go to the start of the ICC World Twenty20 2014 and in that time I am certain that the excitement will build to fever pitch and the demand for tickets will outstrip even that of the wonderfully successful ICC Cricket World Cup 2011 in which Bangladesh was a joint host with India and Sri Lanka,” said ICC Vice President Kamal.