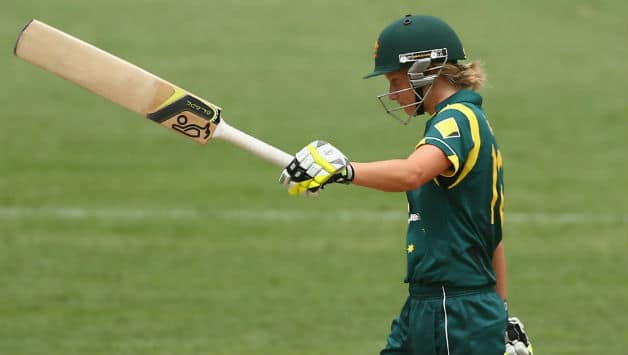 After Australia’s crushing 135-run win over West Indies, Alyssa said that, despite being underdogs in the tournament, they could spring a surprise.

“With England basking in the limelight, we prefer to be known as the underdogs. If we play our best cricket, we can reach the final and would love to play against England. I just hope that like we defeated England and won the Ashes in 2011, we could win the World Cup here,” she said, as reported by Mid-Day.

This Queensland-born cricketer belongs to a cricketing family. Father Greg Healy played for Queensland and Uncle Ian Healy is a former Australian wicketkeeper. To add to this list, she now has Australian pacer Mitchell Starc as her boyfriend. Alyssa, who idolises former Australian captain Ricky Ponting said she was hoping to score some runs in the World Cup in India.

Talking about Mumbai, she said, “I just love the vibrancy of this city. It’s just amazing to see thousands of people walking down the city lanes at any given point of time. But nothing can beat the early morning view of the Gateway of India from my hotel room’s balcony. This place is a culinary delight and I love the paneer tikka here.”

“I just can’t wait to go to Cuttack where we play our first match against Pakistan on February 1,” she added.