Disappointed at finishing fourth in the ICC Women's World Cup, New Zealand skipper Suzie Bates admitted that her team was inconsistent and played its worst cricket in the last three matches. 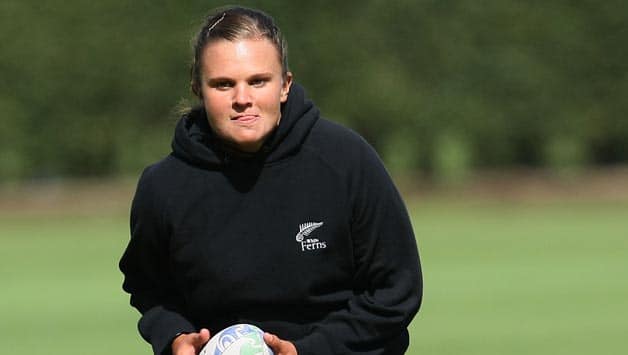 Disappointed at finishing fourth in the ICC Women’s World Cup, New Zealand skipper Suzie Bates admitted that her team was inconsistent and played its worst cricket in the last three matches.

“I think the last three games we probably played our worst cricket, which is what we will remember in this tournament. I think the game against West Indies really hurt us and we didn’t play well enough,” said Bates after losing the third place play-off match against the last edition champions, England by four wickets at Mumbai on Friday.

New Zealand scored a modest 220 for eight, which England chased down comfortably with 18 balls to spare.

“I thought we were 30 runs short. Just a little bit inconsistent against the top teams in those periods where you are not executing and they hurt you, and that probably explains the last three games against West Indies and England.

“We just haven’t been consistent enough and we have been punished,” Bates said.

Bates said she had believed that the White Ferns could win the trophy this year.

“Coming into the tournament if we had thought we would finish fourth, we would have been hugely disappointed. We didn’t expect West Indies and Sri Lanka to have improved as much as they have. But then third or fourth is a fair reflection of the cricket we have played.

“In the last 12 months we haven’t been consistent enough. Although I still believe we had a team that could have made it to the final and won. It is probably in the hindsight where we deserved to be. We have got four years until the next World Cup and I believe we have a group that can challenge the number one spot,” she insisted.

Bates’ counterpart Charlotte Edwards, who became the first woman cricketer to score more than 5,000 runs, said she didn’t want to think about her records.

“I had worked incredibly hard over the winter and not just on my skill but my fitness as well and it is really nice to reap the rewards of that, especially with two hundreds in this tournament, which I am really proud of. But it’s all about me contributing to the team and us getting the third place and ending this tournament on a high,” she said.

“Most important thing for me is scoring hundreds for England or contributing to the win. It is something for me to look after at the end of my career, but I am obviously proud of any landmark I have got today,” added Edwards, today equalled the record of eight centuries, besides equalling record to four centuries in a World Cup.

Edwards said that England would take home a lot of positives from this tournament.

“Anya Shrubsole has been a real stand out for us. She has led our attack brilliantly. She has got a really big future ahead of her. I think she will take in a huge amount of confidence from performing at this stage.

“I think Holly Colvin has been exceptional throughout this tournament, someone we turn to in the middle overs of the game. Dani (Danielle Wyatt) has had a gap opening the batting and at times it has been quite testing for her. It is not easy up front and she is a cricketer for future, for sure,” elaborated Edwards.

“Most of these girls are 21 or 22 and they are still very young and they are learning the tricks of the trade and hopefully playing these world events is hopefully going to help them for their future,” she said.

The English skipper, however, said she will remember the two losses they had in the series and the (small) margin by which those were lost.

“It’s been a great tournament to see some of the cricket played by all the teams. I guess I will look back at losing one game off the last ball and one by 2-3 runs, that probably is going to hurt for a while.

Bates agreed, as she said: “Four years ago, only four teams were competing for the final. Now all the teams have got a genuine chance. The likes of Sri Lanka making a name for themselves and hopefully Sri Lankan cricket will keep pumping resources and they will get stronger.

“Perhaps the teams that don’t receive as much will start to realise that if they don’t fund their teams, the going forward will become hard. The position New Zealand are in, if we don’t start funding more, we are going to start falling behind the West Indies. We want to remain one of the top two teams in the world.”