Pakistan skipper Sana Mir sounded optimistic about her team's performance in the ICC Women's World Cup and said the off-field issues will not affect their campaign in the eight-team tournament. 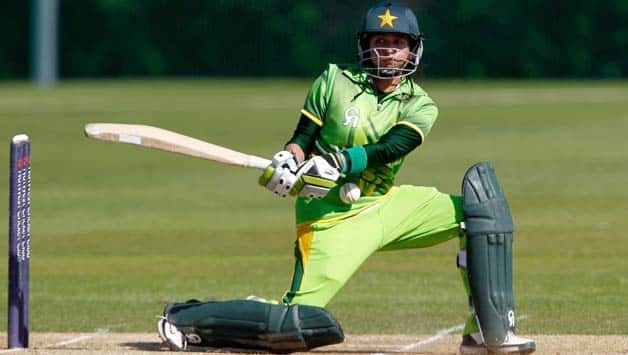 Pakistan skipper Sana Mir sounded optimistic about her team’s performance in the ICC Women’s World Cup and said the off-field issues will not affect their campaign in the eight-team tournament.

“We are optimistic about our good performance at Barabati Stadium. There is no pressure on players as Odisha Cricket Association has been very cooperative and helpful to us,” Mir told reporters at a media conference on the eve of her team’s match against Australia.

Mir said her team members have no problem in staying at the OCA Club attached to the stadium.

“We are here to play cricket and will do so,” she said adding her players have the advantage of getting familiar with the Barabati pitch due to practice at the same field.

Asked about Pakistan‘s defeat in their second warm-up match against Odisha XI on Wednesday, Mir said: “The match was played on a side pitch. We are confident of putting up a good show on the main pitch.”

Australia captain Jopdien Fields also praised the stadium and its pitch and said, “Group B is strong and we will put our entire effort in tomorrow’s match.”

While all the four teams did net practice at their respective stadiums, Sangh Parivar activists, comprising BJP and Bajrang Dal, on Thursday staged demonstration in the city opposing Pakistani team’s participation in the event.

“We demand return of chopped heads of Indian jawans. We will stage agitation in democratic manner in future also,” BJP state general secretary Nayan Mohanty said as the police picked up about 100 agitators on their way to Barabati Stadium.

Earlier, the police had taken some prominent Bajrang Dal leaders into custody last night as a preventive measure.

Meanwhile, OCA secretary Asribad Behera said the players of Australia, New Zealand and South Africa, who were lodged at two different hotels in Bhubaneswar, have been shifted to one star hotel for security reasons. He said the players would be transported to Cuttack by bus.