The women's World Cup opens in Mumbai on Thursday with the cricketers hoping to put aside memories of an unsettling build-up and gain recognition in a country where the men's game reigns supreme. 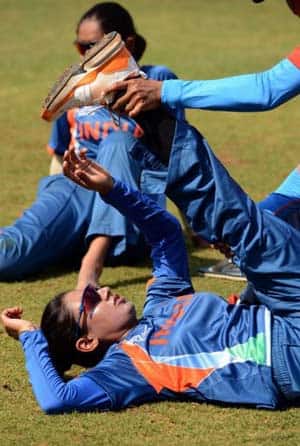 The women’s World Cup opens in Mumbai on Thursday with the cricketers hoping to put aside memories of an unsettling build-up and gain recognition in a country where the men’s game reigns supreme.

Barely a week before the start, the International Cricket Council was forced to revise the schedule because of security concerns surrounding Pakistan‘s participation in Mumbai where the entire tournament was to be played.

All group B matches, featuring Pakistan, Australia, New Zealand and South Africa, were shunted to the cricketing backwaters of Cuttack following threats from the right-wing nationalist Shiv Sena party to disrupt matches in Mumbai.

Pakistan will remain in Cuttack if they qualify for the second round, but will still have to travel to Mumbai if they make the final at the Brabourne stadium on February 17.

Indian captain Mithali Raj said she was disappointed that the Pakistani team had attracted protests.

“I personally feel that politics should not be involved in sport,” Raj told AFP.

“Sport is more about entertainment and a fun-loving atmosphere. So we should not be getting too many political issues into it.”

Preparations were also disrupted when the hosts made Mumbai’s Wankhede stadium, venue of the men’s World Cup final in 2011, unavailable at the last minute.

The players have taken the disruption in their stride and are excited about the tournament, which was first played in 1973, two years before the men’s World Cup was inaugurated in 1975.

“I think it is safe to say that the women’s game today is unrecognisable from when I started in 1997,” said England’s captain Charlotte Edwards, set to appear in her fifth World Cup.

“We are attracting loads of young girls who want to play the game. We have changed people’s perceptions about women’s cricket a lot. Hopefully this tournament will be another step in hammering that message  home.”

One of the players to watch in the 10th edition of the tournament will be England wicket-keeper Sarah Taylor, who reports say could play alongside the men in Sussex county’s second XI this year.

India’s Raj, preparing for her fourth World Cup, hopes women’s cricket will finally take off in her country where some of her male counterparts are national icons.

“Indian society is still is not forthcoming when it comes to women’s cricket,” Raj said.

“Parents are still more interested in putting their girls into more feminine sports like tennis or table-tennis.”
Australia go into the tournament as favourites to win their sixth title, following victory in the World Twenty20 in Sri Lanka last October.

Pakistan are more worried about adapting to the new one-day rules than about their security in Cuttack, where they are staying in the club house of the Barabati stadium for security reasons.

“We have not played under the new rules where five players have to be inside the circle at all times and the use of new balls from both ends,” captain Sana Mir said.

“We must get used to them before the tournament starts.”

Three teams from the two groups will advance to the Super Sixes round, from where the top two will qualify for the final. 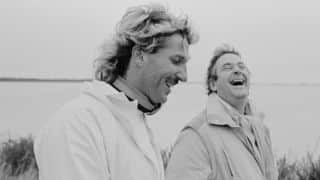 Frank Keating: A master with words