Untouched by the hype and hoopla that follows their male counterparts, India's women cricketers are all set to start their World Cup campaign when they take on the West Indies in a Group A match in Mumbai on Thursday. Untouched by the hype and hoopla that follows their male counterparts, India Women are all set to start their World Cup campaign when they take on the West Indies in a Group A match in Mumbai on Thursday.

The day-night clash would set the ball rolling for the event, which will also be held in Cuttack where the Pakistan team (placed in Group B) is based due to security concerns in Mumbai.

Group A matches are to be held in Mumbai’s Brabourne Stadium, MIG Club at Bandra and the Bandra-Kurla Complex ground of the Mumbai Cricket Association.

The remaining Group fixtures for India, who finished third in the last championship, are against three-time winners (1973, 1993 and 2009) England at the Brabourne on February 3, and qualifiers Sri Lanka at the same ground on February 6.

Prior to that England will take on Sri Lanka on February 1 at the Brabourne.

Sri Lanka would lock horns with the West Indies side on February 4 at the MIG ground in Bandra while the England-Windies clash on February 6 is scheduled at the BKC.

“We have senior players like Jhulan Goswami, Amita Sharma, vice-captain Harmanpreet Kaur, who has been among runs. We have two comeback players (Murugesan) Thirush Kamini, Karuna Jain, who have played the last World Cup. I am hoping that with this kind of combination, we will do very well,” said world number one batter and Indian captain Mithali Raj.

England, led by Charlotte Edwards who is playing her fifth successive World Cup, are tipped to top the group and commence their bid to win the crown for the fourth time with a game against Sri Lanka on February 1 at CCI. The second and third place in the group would be a hard fought contest, with the West Indies a vastly improved side from four years ago.

If recent form is anything to go by, it will probably be Sri Lanka, led by Shashikala Siriwardena, who are expected to miss the Super Six stage, starting on February 8.

Sri Lanka won the right to compete in the tournament when it finished in the top four of the ICC Women’s World Cup Qualifiers held in Dhaka, Bangladesh in November 2011.

The England squad features familiar faces, including captain Edwards, while there are eight players from the original winning squad of 2009 including the in-form ICC Women’s Twenty20 Player of the Year 2012, Sarah Taylor, who will once again lead the side’s batting line-up.

England captain Edwards requires a mere 61 more ODI runs to usurp Belinda Clark of Australia to become the most successful run-scorer in women’s cricket. Clark’s record of 4,844 ODI runs has stood since 2005.

England’s bowling attack features the number one ODI bowler in the Reliance ICC Women’s ODI Player Rankings, Katherine Brunt, who currently has 76 ODI scalps to her name, along with the talented slow left-armer Holly Colvin, who happened to also hit the winning runs in 2009 when the team defeated Australia in the final of the event.

West Indies feature a mixture of youth and experience, including the only twins in the event, Kycia and Kyshona Knight of Barbados. The side is led by Trinidadian Merissa Aguilleira while ICC Women’s ODI Player of the Year 2012, Stafanie Taylor, is her deputy.

In-form spinner Anisa Mohammed will be the one to watch after the 24-year-old claimed 7-14 in the final of the ICC Women’s World Cup Qualifier in 2011 against Pakistan. She will be hoping the sub-continent conditions will suit her style of play.

The 2012 Women’s World Twenty20 champions and five-time World Cup winners Australia begin as favourites to qualify for the Super Six stage from Group B.

Alongside Australia and New Zealand, which lifted the trophy back in 2000 and were runner-up in the last Women’s World Cup in 2009, will also be front-runners to qualify for the Super Six stage of the event from this group.

Pakistan and South Africa qualified for the event after finishing second and fourth in the qualifiers staged in Dhaka last year.

Pakistan made the final of that event, losing to West Indies in the final by 130 runs while South Africa played Sri Lanka in the 3-4 play-off and lost that match by three wickets.

The Group B teams will be in action on the second day of the tournament on February 1 when Australia play Pakistan at Barabati Stadium, while New Zealand will take on South Africa at DRIEMS Cricket Ground in Cuttack.

On February 3, New Zealand will take on Pakistan at Barabati Stadium while Australia will go up against South Africa at DRIEMS Cricket Ground but the final day of Group B fixtures on February 5 could prove to be the most exciting.

The last set of fixtures in Group B will see old rivals Australia and New Zealand go head-to-head at the DRIEMS Cricket Ground, while Pakistan will take on the ever-improving South Africa in a bid to ensure qualification for the Super Six stage of the event.

Of the Australia squad heading to India, led by Jodie Fields, two — Lisa Sthalekar and Alex Blackwell — have tasted World Cup glory,  having featured in the 2005 team that lifted the trophy.

Besides Blackwell and Sthalekar, another member of the 2005 winning team is also with the side, Cathryn Fitzpatrick is now the head coach. Fitzpatrick’s assistant is former Canada men’s team opening batsman John Davison.

The youngest member of the team is 17-year-old Holly Ferling, while all-rounder Ellyse Perry and batting duo of Alyssa Healy and Jess Cameron were members of the recent ICC Women’s World Twenty20 winning side.

One player to watch out for is in-form batter, Meg Lanning, who recently scored the fastest century by an Australian male or female player in an ODI.

The right-handed batter, born in Singapore, smashed her way to a 45-ball 100 in 55 minutes against New Zealand in December last year during the Rose Bowl Series and will be hoping for a repeat performance here in India.

New Zealand will be led by the Suzie Bates, who will have a wealth of experience in her side including the likes of Lucy Doolan, Nicola Browne, Sophie Devine, Sara McGlashan, Rachael Priest and Sian Ruck.

Two faces to watch out for will be 22-year-old Morna Nielsen, a spinner from Tauranga along with medium-pacer Lea Tahuhu from Christchurch.

Pakistan will be led by Sana Mir who will be hoping the sub-continental conditions suit her team of talented bowlers including spinner Nida Dar and uncapped medium-pacer Diana Baig.

The all-round skills of vice-captain Bismah Maroof will also prove important for the side if the team is to remain in the competition past the group stage.

South Africa are led by batter Mignon du Preez, while the side has welcomed back former captain Cri-Zelda Brits who temporarily took a step back from international cricket. The team is currently eighth in the world rankings.

If previous results are any guide, then South Africa may knock Pakistan out of the group. The two sides have met nine times in ODIs, with South Africa have been victorious on seven occasions, Pakistan have won once with one no result. 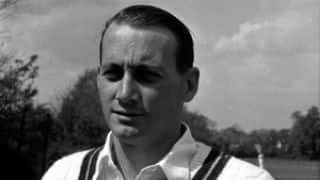