Coach Sherwin Campbell says the West Indies women have enough time to conjure up a winning strategy for their crucial second round match against Sri Lanka in the ICC World Cup in India. 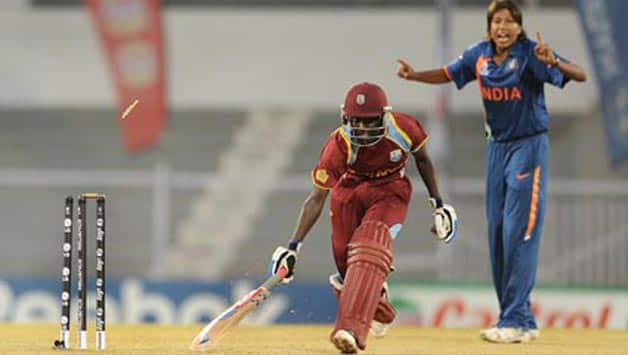 Coach Sherwin Campbell says the West Indies women have enough time to conjure up a winning strategy for their crucial second round match against Sri Lanka in the ICC World Cup in India.

The West Indies women play Sri Lanka on Sunday at the Middle Income Group Ground (MIG) in Mumbai hoping to improve their fortunes following a heavy defeat to India Thursday.

“We have two days practice before our next game and that should give us some time to really work out what we need to do going forward from here,” said Campbell.

“Obviously we must win the game against Sri Lanka to qualify for the next phase and we have to really look back and see the areas where we can improve from this game. We have to pull out all stops against Sri Lanka.”

A second a defeat for the Caribbean women could dent their hopes of advancing in the eight-team competition.

The former West Indies cricketer has expressed disappointment with the performance of his players in the first game and is insisting that they step up against the Sri Lankans.

“We are confident against Sri Lanka but on the day we have got to prove that and let action speaks for itself,” he said.

“We need to win so our players must recognise that and go out there and sure they have what it takes to win the game”.

The brightest spot in the West Indies run chase was Deandra Dottin who raced to 39 in 16 balls and revived her side’s hopes in a fourth wicket stand with Kyshona Knight who scored 11.

But that effort was overshadowed by a batting collapse in which the last seven wickets were removed for 95 runs.