West Indies and two-times finalist New Zealand qualified for the semi-finals of the ICC Women's World Twenty20 after registering victories on the final day of Group B matches on Sunday. 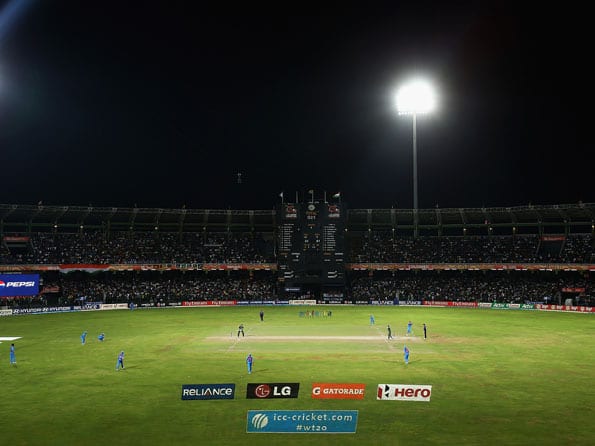 After the final Group B matches, West Indies has finished on top of the table with New Zealand on the second spot Getty Images

West Indies and two-times finalist New Zealand qualified for the semi-finals of the ICC Women’s World Twenty20 after registering victories on the final day of Group B matches on Sunday.

After the final Group B matches, West Indies has finished on top of the table with New Zealand on the second spot.

West Indies and New Zealand’s opponents in the semi-finals, to be held in Colombo on October 4 and 5, will be confirmed after tomorrow’s match between defending champion Australia and former winner England.

In contrast, South Africa and Sri Lanka will play in the play-offs in Colombo on Wednesday and their opponents will also be known after the India-Pakistan match.

While the four semi-finalists have confirmed their places in the 2014 ICC Women’s World Twenty20 to be held in Bangladesh, the winners of the two play-offs will also go through to the next edition of the tournament.

Bangladesh, being the host nation, will be the seventh side in the tournament and the final berth will go to the winner of the eight-team ICC Women’s World Twenty20 Qualifier to be staged next year.

In the first match of the day, South Africa struggled to find its rhythm after being sent in to bat first.

West Indies’ strategy of stifling South Africa with spin proved to be the right one on the day as Stafanie Taylor’s triple strike in her first two overs left the Proteas reeling at 11 for five in the eighth over.

Taylor, who was named player of the match, also reached the landmark of 1,000 runs in Women’s Twenty20 Internationals during her knock.

In the final group B match, a confident New Zealand put up a dominant performance to defeat Sri Lanka by eight wickets to seal its progression to the semi-finals.

Sri Lanka looked on target to post a formidable total in the first few overs when they reached 37 for one in the sixth over before they lost their last nine wickets for just 52 runs in nearly 11 overs to be bowled out for 89 in 17.4 overs.

For New Zealand, the bowling honours were shared equally by Sian Ruck, Erin Bermingham and Morna Nielsen, who picked up two wickets apiece.

In response, New Zealand chased down the target in 15.4 overs.

Despite losing Suzie Bates for 16, in-form Sophie Devine and Amy Satterthwaite made full use of the field restrictions to plunder 42 off the first six overs.

Devine was run out for 23, but Satterthwaite finished not out on 32, with three boundaries. Frances Mackay was unbeaten on 13 when victory was sealed. (PTI)