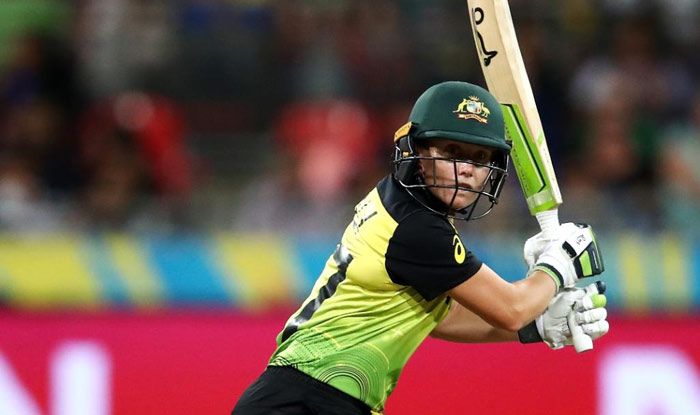 Alyssa Healy lit up a packed Melbourne Cricket Ground (MCG) belting seven fours and five sixes to power Australia to 184/4 against India in the final of the ICC Women’s T20 World Cup 2020 on Sunday.

Healy and opening partner Beth Mooney rewarded their captain’s decision to bat first with a century stand as nervy India dropped catches handing the defending champions early advantage. Healy struck a blistering half-century, 75 off 39 while Mooney, who was relatively calm early on, opened up late to remain unbeaten on 78 off 54.

India captain Harmanpreet Kaur started with spinner Deepti Sharma who leaked three fours in the first over of the innings. However, Deepti would have felt hard done for with Shafali Verma dropping a fairly easy catch of Healy at covers when she was batting on 9.

That 14-run over set the tone for the rest of the innings.

Healy spared no one. She clobbered two consecutive sixes off Rajeshwari Gayakwad before bringing the crowd to its feet with a hat-trick of sixes against medium pacer Shikha Pandey in the 11th over.

Her husband and Australia’s leading pacer Mitchel Starc, who had flown early from the tour of South Africa, looked pleased as punch watching the massacre from the stands.

With Healy on song, Radha Yadav, in the 12th over, brought some respite, with a vital breakthrough. Healy, who was connecting everything sweetly, holed out to Veda Krishnamurthy. She walked back amidst a roaring applause.

Deepti struck twice in the 17th over removing Meg Lanning (16) and Ashleigh Garnder (2) cheaply as India hit back.

However, Mooney took over the reins and finished with 10 fours against her name to take Australia to a massive total. 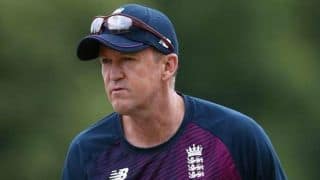 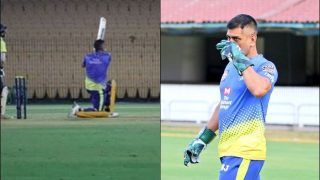