With the win, India remains unbeaten in the tournament also ensuring they are firmly in the race for a semis spot. 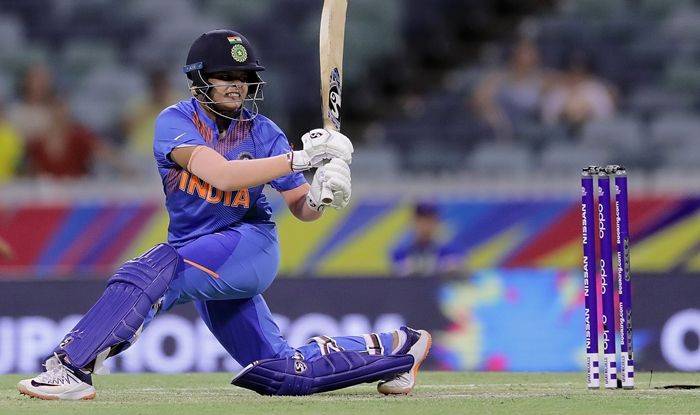 After a match-winning spell in the tournament opener against defending champions Australia, leg-spinner Poonam Yadav came up with the goods once again as her splendid three for 18 in four overs helped India beat Bangladesh by 18 runs in the Group A ICC Women’s T20 World Cup match on Monday at WACA, Perth.

With the win, India remains unbeaten in the tournament also ensuring they are firmly in the race for a semis spot.

Chasing a par 142 to win, Bangladesh opener Shamima Sultana departed early for five and that gave India the start they were after. Murshida Khatun and Sanjida Islam then stitched a crucial 39-run-stand to get Bangladesh on track before Khatun (30 off 26) was dismissed.

Soon, Bangladesh lost two more wickets of Islam (10 off 17) and Fargana Haque for a duck. Fahima Khatun scored (17 off 13) before she failed to time a slow delivery from Poonam Yadav only to get holed out.

Nigar Sultana (35 off 24) was the next to follow and perhaps the last nail in the coffin. Yadav also got the wicket of Jahanara Alam(10 off 10). Since then, it was a downward slide for Bangladesh as they never looked like chasing 142.

Yadav slowed things up further making it difficult for the Bangladesh batswoman to score.

Put in to bat by Bangladesh, India did not get off to the ideal start as they lost wicketkeeper Taniya Bhatia (two off five balls) early. Opener Shefali Verma was then joined by Jemimah Rodrigues and the duo took charge.

Verma kept hitting the big shots successfully and at a point, it looked she may pip Smriti Mandhana to score the fastest fifty for India in the format.

Her quickfire 17-ball 39 was brought to an end when she tried to hit another big shot only to sky the ball in the air and get caught. Her innings was laced with four sixes and two fours.

After her departure, India lost the impetuous as skipper Harmanpreet Kaur was dismissed for eight off 11 balls, which was followed by another wicket of the well-set Rodriguez for 34 off 37 balls.

Richa Ghosh, who replaced Smriti Mandhana in the playing XI, hit two splendid boundaries before holing out to Nahida Akter off Salma Khatun.

Problems continued with Deepti Sharma (11) running herself out following a mix up with Veda Krishnamurthy (20 off 11).

Veda though came out with a few hits at the back end of the innings to help India post a fighting total of 142 for six in 20 overs. For Bangladesh, Salma Khatu and Panna Ghosh picked two wickets apiece. 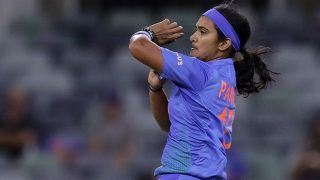 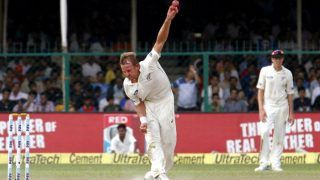