Mithali Raj hit seven fours and a six in her 47-ball 53 but failed to find support.

Skipper Mithali Raj made a strokeful half-century but could not save India from a 17-run defeat in their first warm-up match against New Zealand in the ICC Women’s World Twenty20 Championship here today.

Put into bat, New Zealand rode on Katie Perkins’ 40 off 36 balls to compile 138 for eight in their 20 overs. In reply, India managed 121 for the loss of eight wickets at the Bangladesh Krira Shikkha Protisthan stadium.

Opener Mithali hit seven fours and a six in her 47-ball 53 but failed to find support at the other end.

India were struggling at 67 for five in 12.1 overs when Madhuri Mehta (5) and Latika Kumar (6) were sent back by Hayley Jensen.

Harmanpreet Kaur (27 off 20 balls) played some shots to put India back on track, but the task became stiffer after Mithali, who was going strong, retired hurt at 87 for five in the 15th over.

For New Zealand, Morna returned impressive figures of nine for three in her quota of four overs. Frances Mackay (2/22) also chipped in with two wickets besides Hayley’s two for 14 in four overs.

Earlier, the new-ball combo of Jhulan and Shikha jolted the white ferns’ top order and did not allow them to flourish before Sara McGlashan (34) and Katie got together.

The duo put together 66 off 9.4 overs for the fourth wicket to set the platform for a challenging total after the initial hiccups.

Sara smashed two sixes and a four in her 38-ball knock while wicketkeeper-batswoman Rachel Priest’s 19 off 13 deliveries took New Zealand to 138/8.

For India, Jhulan gave away just 15 runs in her four overs picking up three wickets while Shikha conceded 24 runs for three scalps in as many overs.

Indian eves will now take on Ireland in their second practice game on March 21 at the same venue. 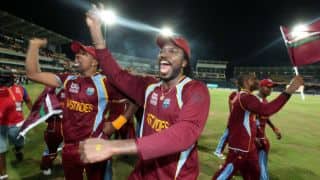