Based on their contrasting performances in the first game, India women have the upper hand over their sub-continent opponents.

Could there have been a better way for India to begin their ICC Women s World T20 campaign than skipper Harmanpreet Kaur slamming India s first ever T20I century in women s cricket? Probably not. Against New Zealand, the 29-year-old belted 103 off 51 deliveries to power India to 194/5 as her side walloped New Zealand by 34 runs in the Women s World T20 opener.

High on confidence, India, in their next game, will face arch-rivals Pakistan. With a superior 8-2 record against them in T20Is, India would look to stretch the lead even further on Sunday at the Providence Stadium in Guyana. Considering their contrasting results on the opening day of the tournament, that saw Pakistan suffer a 52-run loss to Australia, India women definitely have the upper hand over their sub-continent opponents.

India s clinical performance early in the tournament is a good sign for the Harmanpreet-led side, and perhaps the only area they d want to improve on is the performance of the openers. Smriti Mandhana and Tania Bhatia will be expected to give a better start than the one they had on Friday when they were reduced to 22 for 3.

On the contrary, Pakistan s batting let them down against openers. Barring Bismah Maroof and Sana Mir, the rest of the batting was pretty ordinary. How much room there is for improvement against a spin-heavy Indian attack remains to be seen, but Pakistan will have to find a solution to it if they want to avoid another loss and put their campaign going forward in jeopardy. From limiting Australia from 72 in eight overs to a total of 165 was proof that their bowling is not going to be easy for India to get away with.

First match, first win, and that too comprehensively. India have no reasons to tinker with their Playing XI, despite both openers failing to give them starts. The balanced-looking Indian side is certain to enter the match unchanged.

The way Pakistan s batters fared against Australia is sure to bring about a couple of changes. But whether the management reads much into one bad performance is something that remains to be seen. Ideally, the batters should receive benefit of the doubt, with Pakistan giving the same composition another go. But that said, can Pakistan risk the possibility of being two games down early on?

– The last time these two teams met at an ICC tournament, it was the World T20 in 2016, where Pakistan emerged victorious.

– However, since that loss in Delhi, India have played Pakistan thrice across two editions of Asia Cup, and have won all games.

– India have a strong 8-2 record against Pakistan in women’s T20Is. 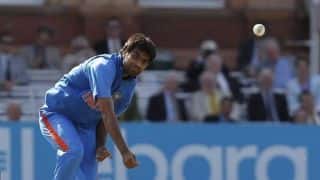 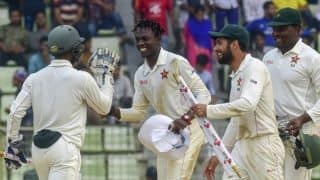