Fully aware that bowling is one of his team's weak points, Indian captain Mahendra Singh Dhoni on Tuesday indicated that he could opt for five specialist bowlers in future if the part-timers don't perform as per expectations. 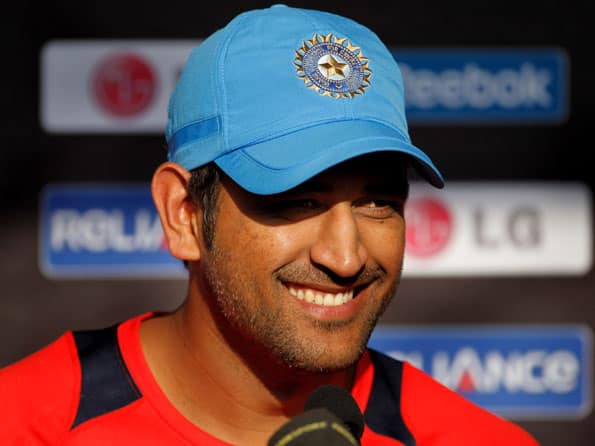 Indian skipper MS Dhoni felt that if they bat first, it would be advisable not to have a fixed score in mind. Getty Images

Fully aware that bowling is one of his team’s weak points, Indian captain Mahendra Singh Dhoni on Tuesday indicated that he could opt for five specialist bowlers in future if the part-timers don’t perform as per expectations.

“Initially, we would like to sustain with seven batsmen but if part-timers are not able to perform, we might have to play with six batsmen and five bowlers,” Dhoni said on the eve of his team’s opening World Twenty20 match, against Afghanistan, on Wednesday.

Indian bowlers were clobbered by Kamran Akmal and Shoaib Malik in their final warm-up game on Monday, resulting in a five-wicket loss.

“Yes, bowling has always been a concern for us. Our bowling line-up is slightly weaker than our batting. But we have experienced bowlers who can do the needful,” he said.

Even as the likes of Lakshmipathy Balaji, Irfan Pathan, Zaheer Khan were taken to the cleaners, Dhoni gave indications that he would stick with the three pacer and one spinner formula for the time being.

“We lack consistency of bowling well at the death overs.

We need to have more variations and we will be trying different strategies and field placements to back our bowlers.

“My ideal bowling combination will be three pacers and one spinner and part-timers. Unlike Indian conditions where there is a chance of playing two specialist spinners,” Dhoni said.

Questioned on the fixed formula of playing seven specialist batsmen and four bowlers that has been the trend for a long while now, Dhoni said the practice has been prevalent in Indian cricket “for past 50-55 years”.

“Actually, we have some of the batsmen at the top of the order who believe in expressing themselves from the first delivery. They like getting after the bowlers and so a cushion of seventh batsman helps our cause,” he reasoned.

The skipper also seemed relieved that Rohit Sharma has finally found some form in the two practice games.

“If you see his Twenty20 record, he has done well. He has the ability to play big shots and can hit all around the park,” he said.

Dhoni, however, ruled out the possibility of promoting himself up the order.

“I don’t think that’s an option as we have Virat at No 3 and then Yuvraj, Raina and Rohit. I would rather come at the slog and take it from there on.”

The Indian skipper felt that if they bat first, it would be advisable not to have a fixed score in mind.

On typical Sri Lankan wicket, 160 is a very good score. But then we cannot have a fixed score in mind. We have to alter our target score every five overs according to match situations,” he concluded. (PTI)