Tickets went on sale on Friday for the premier tournament.

The South Australian government has backed the ICC World Cup 2015 clash between arch-rivals India and Pakistan on February 15 at the Adelaide Oval to ‘dwarf’ any event that the state has ever seen.

Tickets went on sale on Friday for the premier tournament to be staged across Australia and New Zealand, with redeveloped Adelaide Oval to be showcased to fervent audiences during next year’s Test series against India and group clash between arch rivals Pakistan and India.

According to News.com.au, the state government and the South Australian Cricket Association (SACA) had to bid to secure both matches despite a 535 million-dollar outlay for a 50,000 capacity Oval, although deputy Premier John Rau said that it would be worth it as Adelaide would be bursting with activity and exposure on the February 15 match.

Rau said that the match would blow the audience out for any event they have ever had, and SACA chief executive Keith Bradshaw agreed, saying that the rivalry between India and Pakistan is fantastic, is something that billions around the world enjoy and one of the marquee games of the tournament. 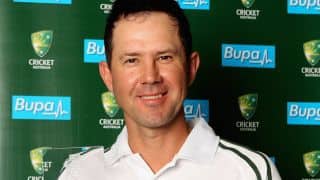