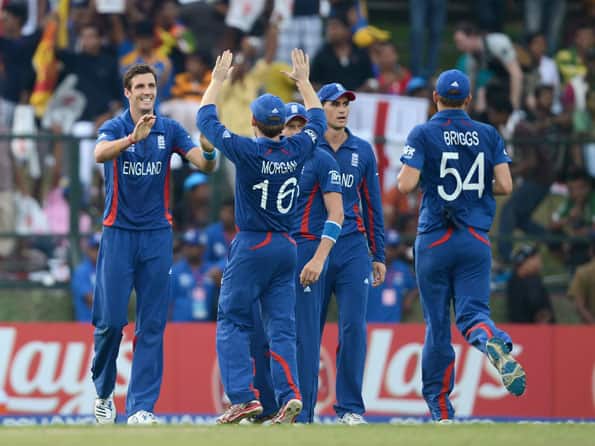 # Finn’s performance in the present competition is excellent, claiming seven wickets at an average of 14.14 in four matches — the most by an England bowler in the ICC World Twenty20.

# Luke Wright (76 off 43 balls) has recorded his first half-century against New Zealand — his third in T20Is. The said innings is the highest by an England batsman at Pallekele in T20Is.

# Wright’s brilliant knock is his first fifty against a strong team. His innings is the highest individual innings in England-New Zealand T20Is.

# Wright has been adjudged the Man of the Match for the third time in T20Is — his first against New Zealand.

# Eoin Morgan and Wright have shared a partnership of 89 — the highest third-wicket stand in the current tournament.

# The above stand is the highest for the third wicket for England in T20Is. (PTI)