West Indies women's captain Merissa Aguilleira and coach Sherwin Campbell were both thrilled to hear that the men's team had won the World Twenty20 Tournament in Sri Lanka. 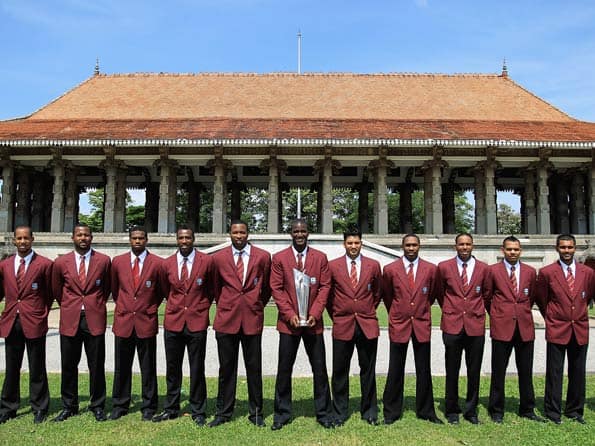 West Indies women’s captain Merissa Aguilleira and coach Sherwin Campbell were both thrilled to hear that the men’s team had won the World Twenty20 Tournament in Sri Lanka.

Led by all-rounder Darren Sammy, West Indies beat Sri Lanka by 36 runs in the World Twenty20 final in Colombo to capture their first international title since 2004 when Brian Lara’s side won the Champions Trophy in England.

But after returning to the Caribbean, Aguilleira and Campbell were still striving to overcome the disappointment of failing to reach the showpiece of the women’s World T20 that preceded the men’s contest, CMC reports.

The West Indies Women crumbled to a 28-run defeat to Australia in the second semi-final Friday at the Premadasa Stadium in Colombo.

Both Aguilleira and Campbell said there were lessons to be learnt for a side still developing and they were both looking forward to a training camp to be staged at the Sagicor High Performance Centre here later this month to put things right as they start preparation for next year’s 50-over World Cup.

They were speaking after a sleepy-eyed Windies women’s side touched down at Grantley Adams International Airport, following the long journey home from the Women’s T20 that was contested simultaneously with the men’s in Sri Lanka.

“I’m really excited to hear about the men’s team winning,” said Aguilleira. “I can’t express how I am feeling about it right now. I knew that they went there to do this.

“I had a talk with their captain Darren Sammy and he told me he wanted this badly, not just for the team, but for the people of the Caribbean. I am pleased that they have won and really happy for them.

“It was disappointing that we were not similarly successful, but I guess everything happens for a reason. I am happy that we went well, even though we did not win.

Campbell, a former West Indies opening batsman and vice-captain, also hailed the success of Sammy’s side.

“It’s always good to know that West Indies have won a tournament,” he said. “It does so much for the people of the Caribbean.

“We wanted to be able to give the people of the region double success. We wanted to win the WWT20, but we are still contented with our achievements,” he said. (IANS)