Domingo felt that South Africa played some really good cricket in the tournament.

South Africa‘s national cricket coach Russell Domingo has  defended his team’s tactical approach in the ICC World T20 2014 in Bangladesh. Domingo said that AB de Villiers, who was sent in to bat at number five, is an impact player adding that the stats show that he is more dangerous when the game has been set up for him.

South Africa faced criticism in some quarters for their tactics especially the decision to play De Villiers at number five and give Dale Steyn only one over in the first 14 overs as they lost to India by six wickets remaining with five bowls to bow out of the competition at the semi-final stage, Sport24 reported.

Domingo said that De Villiers does not have the same game as Virat Kohli adding that the South African batsman has batted at number three with limited success. However, he added that it is not about the number De Villiers bats at but it is more about the situation when he comes in, because if there has been a good start, then that is a great time for him to bat.

The coach said that Steyn can only bowl four overs and they need him in the middle and at the end of the innings because the batsmen have an extremely attacking mindset later in the innings. Domingo said that South Africa need to set up the six-over powerplay up front as best as they can, but they cannot bowl Steyn one up front, just one over in the middle and two overs at the death. The coach also mentioned, a team is always judged on their last game but he felt that South Africa played some really good cricket in the tournament, the report added. 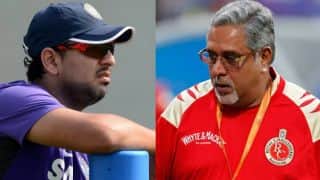