Dharamsala: BCCI secretary and BJP MP Anurag Thakur today said that he has invited Himachal Pradesh Chief Minister Virbhadra Singh to inaugurate the sale of the ICC World T20 tickets. “I have invited Mr Singh to inaugurate the sale of tickets for the ICC World T20. I bear no grudges against him and with Dharamsala getting an opportunity to host such mega event, there should be no political colour added to it,” Thakur said. The BCCI secretary said that tickets will be up for sale within another couple of days. ALSO READ: ICC World T20 2016: Senior BCCI Vice-President CK Khanna kept out of 2 primary committees

“We will start with 10 percent sales of the tickets online in a day or two especially for the foreigners, who are interested to come for the World Cup. It will give them time to plan their trip accordingly and also procure the necessary visa and all,” Thakur added. Thakur who is also president of Himachal Pradesh Cricket Association (HPCA) spoke at the launch of the ‘Swachh Himachal’ campaign today.

The campaign aims at creating awareness and understanding among youth about the current sanitation situation of the state and thereby seeking their participation to work towards betterment of the society. This campaign will be driven throughout the state, across 12 districts, urban and rural areas. The campaign will primarily be lead by youth hailing from educational institutes.

Earlier, HPCA chief curator Sunil Chauhan had spoken about how the pitch might behave for the India-Pakistan clash. He said, For Twenty20s, you know how the wickets are. This one will also be the same; it will be a batsman friendly wicket. The pitch is such that it will be a high scoring game.” 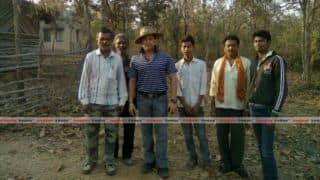