The Oman management had at the time requested Khawar to be replaced by Arun Poulose.

Khawar had returned home for personal reasons earlier this week having featured in both of his side’s opening games against Kenya, which Oman lost by seven runs, and the seven-wicket victory over Canada. Mohammad Hafeez banned from bowling for 1 year

According to an ICC Media Release, the Oman management had at the time requested Khawar to be replaced by Arun Poulose, which was approved, but have now requested Khawar’s reinstatement. Following a meeting, the ETC has facilitated Khawar’s return on compassionate grounds. ICC World T20 2016: Neeraj Kumar appointed Chief Advisor of Security

Oman will face UAE in New Williamfield, Stirling today and will next face Scotland in Group B of the ICC World Twenty 20 Qualifier 2015 at Heriot’s, Edinburgh on Saturday. Najam Sethi is hopeful about India-Pakistan series 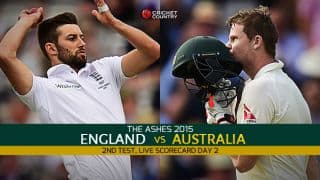 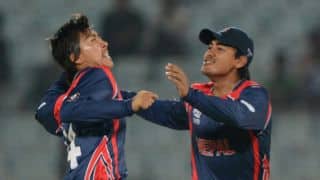