China may be a dominant force in Olympic sports, not in cricket yet. A listless China were outclassed by 10 wickets against Nepal in an ICC World T20 Asian Regional qualifying match at Kuala Lumpur on Wednesday.Leg-spinner Sandeep Lamichhane, who was picked by Indian Premier League franchise Delhi Daredevils for INR 20 lakh at this year’s IPL Auction, claimed three wickets along with Lalit Rajbanshi and Basant Regmi as China were bowled out for a meagre 26 runs after asked to bat.

Opener Hong Jiang Yan top scored with 11 as eight Chinese players departed for ducks. China were helped with extras to take their total to 26. In reply, Nepal s openers Binod Bhandari (24) and Pradeep Airee (4) chased down the target in 1.5 overs in what was a cakewalk for Nepal who topped Group B with their recent win.

The win was a mere formality, but China may return strong in the future according to former Nepal captain Binod Das. “The size of country and its power do not matter [in cricket]. We shouldn’t undermine them because they may takeover in future as they have capacity to invest in infrastructure and skill development,” Das told AFP in Kathmandu. 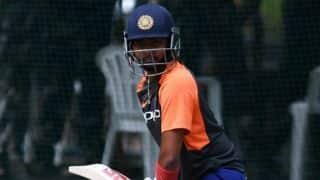 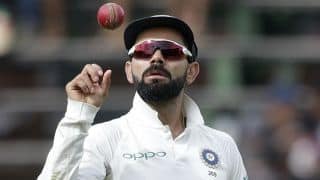