The first Test of the series in Rawalpindi marked the return of Test cricket in Pakistan, but it ended in a draw after being spoiled by bad weather. Pakistan‘s convincing 263-run win over Sri Lanka in the second Test in Karachi saw the hosts lift themselves to the third place with 80 points in the ICC World Test Championship points table. It took just 14 minutes for the Azhar Ali-led side to seal the win on the fifth morning as they took the remaining three Sri Lanka wickets without any addition to their overnight 212.

Pakistan had set a daunting 476-run target on Sunday and reduced the tourists to 212/7 at the close.

Teenager Naseem Shah was the hero of the match after finishing the innings with 5/31 to become the second youngest bowler at 16 years and 307 days to take five wickets in a Test innings. Fellow Pakistani and left-arm spinner Nasim-ul-Ghani holds the record and was just four days younger when he completed the feat against the West Indies at Georgetown in a 1957-58 series.

The first Test of the series in Rawalpindi marked the return of Test cricket in Pakistan, but it ended in a draw after being spoiled by bad weather.

Having played four matches in the ICC World Test Championship, Pakistan have 80 points with one win and two defeat with one draw coming in their previous Test against Sri Lanka.

Pakistan skipper Azhar Ali thanked Sri Lanka for their part in allowing Test cricket to return. “Special thanks to Sri Lanka from the bottom of our hearts,” said Azhar. “They have given us immense happiness by playing in Pakistan, it was pretty emotional. Naseem is a special talent and we can build on our bowling attack in the years to come.”

It is Pakistan’s first series win at home against Sri Lanka since 1992.

India (360) and Australia (216) are currently first and second. Nine teams are competing in the Championship, with the top two contesting the final in June 2021.

Here is the updated WTC Points Table after the Karachi Test: 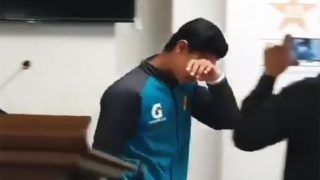 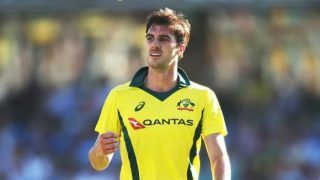