Lord Harry Woolf, the former judge whose review of the International Cricket Council‘s (ICC) governance structure was rejected, has lambasted the proposed revamp of the body which would cede executive decision-making to India, Australia and England, calling the controversial plan a “retrograde step”.

Lord Woolf, whose 2011 review of the ICC’s governance structure was vehemently opposed by the Board of Control for Cricket in India (BCCI), said the currently planned revamp is “a really alarming position for the future of cricket”.

“It is giving extraordinary powers to a small triumvirate of three people, and everybody else has got no power to say anything or do anything,” Woolf told The Daily Telegraph.

“I would certainly think it would be very difficult to get any person who was completely objective, looking at cricket, to understand how these proposals could take forward the programme for international cricket,” he added.

Woolf said the changes, if implemented, would make ICC a private club instead of being a world governing body.

“To say a sport that has got aspirations to be a world-class sport internationally should not have an independent body at the top seems to me to be very surprising.  It seems to be entirely motivated by money,” he opined.

“I think it will stand out as a retrograde step, and people will be worried for less powerful figures, or countries, in the cricketing world. It is elevating three members – and the assumption is made that if you get large earnings from cricket, they are yours and not cricket’s, which is very false.”

The draft proposal for the structural revamp will be put to vote on Saturday in Singapore during an ICC meeting.

Lord Woolf, in his 2011 report, had recommended an ICC which was independent of control from bigger countries.

Asked about India’s clout in the ICC, Woolf said the country is without doubt the biggest revenue-generator.

“That’s why this wants to be looked at. It may seem very attractive to the three countries involved — and they are undoubtedly the biggest countries in the cricketing world. All the more important I would say are the interests of the smaller countries,” he reasoned.

“There is a paragraph which says: It is proposed that the ICC executive board forms a new committee of the ICC called the executive committee, which under new terms of reference will act as — and I emphasise this word — the SOLE recommendation committee on all constitutional, personnel, integrity, ethics, developments and nomination matters, as well as all matters regarding distributions from the ICC. I have never seen anything of that sort in a body of this nature.” 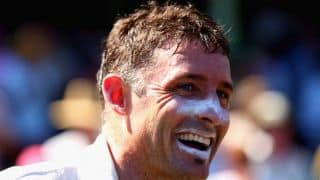