Kolkata Knight Riders are contemplating promoting Andre Russell up the batting order to the No. 3 spot as they aim for a third IPL title. KKR failed to make the playoffs last season after finishing the round-robin stage at the fifth spot.

The West Indian allrounder had then blamed some bad decisions for KKR not being able to make the playoffs.

Under a new think-tank, led by coach Brendon McCullum, KKR may end up playing Russell higher up the batting order.

“If it benefits the team and helps us win games of cricket, why not? If that means Andre Russell comes in at three and bats 60 balls, he might actually make a double hundred. Anything can happen with Dre Russ,” KKR mentor David Hussey said during a press conference on Sunday.

“A fantastic player, he is probably almost the heartbeat of the team as well. We’ve actually got really a well-balanced team… Anyone can bat in any different position. But if it benefits the team, why not, why can’t he bat up the list,” he added.

During his playing days, McCullum was known for his aggressive batting and innovative captaincy.

Another big name KKR have added to bolster their squad is England’s world cup winning captain Eoin Morgan who is expected to be captain Dinesh Karthik’s deputy in the side.

“He (Morgan) is a huge name, World Cup-winning captain, captain of England for a long time, classy player, classy performer. He is also going to be a great ally for Dinesh Karthik, maybe fielding in the ring and talking to the bowlers with our captain behind the stumps,” Hussey said.

Hussey added, “He is a very cool, calm and collected person. He’s also going to be very heavy in the middle order controlling things. I do expect them to both have a really good relationship on and off the field and I think it’s going to go a long way to having a cool and calm head to winning many games during a very tight tournament.” 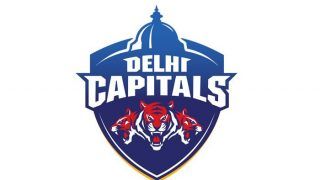