Speaking to The Times of India, Engineer had lashed out at Indian selectors, questioning their credentials. His comments created a storm leading up the Bollywood actor Anushka posting a lengthy rebuttal on her social media accounts on Thursday evening.

Engineer now claims to have made the remarks ‘in a jest’ saying Anushka has been ‘dragged into’ the controversy.

“Yes, this incident had indeed happened,”Engineer told Republic TV. “But I am not criticizing Anushka. She is such a lovely and charming lady. A wonderful human being. She and Virat Kohli are role models. I am not her detractor at all. If she has felt offended I apologise to her. I am so sorry if she felt bad. My ire was only against the selectors whom I found probably not doing their job. Nothing against Anushka or Virat

“I just said it in a jest and it’s being made a mountain out of a molehill. Poor Anushka has been dragged into it, she is a lovely girl. Virat Kohli is a brilliant captain and coach Ravi Shastri is extremely good. The entire matter is being blown up unnecessarily. It turned out to be a selector as he was wearing an all India blazer.”

“We have got a Mickey Mouse selection committee,” Engineer, who played 46 Tests and five ODIs between 1961 and 1975, had said. “Virat Kohli has a major impact (in the process) which is very good. But how are the selectors qualified? Between them, have they played about 10-12 Test matches. I didn’t even know one of the selectors during the World Cup and I asked him ‘who the hell he was’, because he was wearing the India blazer and he said he was one of the selectors. All they were doing was getting Anushka Sharma cups of tea. I feel people with the stature of Dilip Vengsarkar should be in the selection committee.”

However, later on Thursday, Anushka hit back on the ‘ill intended lies’ that she was ‘being served tea by selectors at matches during the World Cup!’

“The latest version of these ill intended lies is that I was being served tea by selectors at matches during the World Cup! I came to one game during the World Cup and sat in the family box and not the selectors’ box as reported, but when has the truth mattered when it’s about convenience,” Anushka posted.

She continued, “If you want to have a comment on the selection committee and their qualifications, please do so as it’s your opinion but don’t drag my name into it to substantiate your claim or sensationalise your opinion. I refuse to allow anyone from using my name in such conversations.” 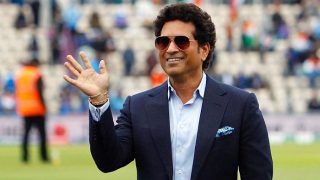 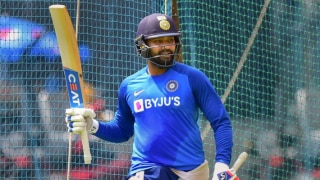