Veteran India cricketer Jhulan Goswami feels that if BCCI can manage four teams that should be enough to kickstart women's Indian Premier League.

Veteran India cricketer Jhulan Goswami feels that if BCCI can manage four teams that should be enough to kickstart women’s Indian Premier League.

Unlike the IPL which currently sees participation from eight teams, Goswami feels half of that strength is enough to launch a corresponding tournament for the women cricketers.

“There are enough domestic players for four or five teams because in the Elite Group itself [inter-state domestic tournaments], every team has three-four good players,” Goswami told ESPNcricinfo. “And four-five teams will also let you include more domestic players because at the end of the day, the objective is to strengthen Indian women’s cricket at the grass-roots level, right? To include more girls to take up cricket professionally. So unless there’s a big motivation ahead of them, I don’t see them taking that route.”

She further added, “Why not check with the IPL franchises if they are willing to start a women’s team of their own. If four teams are willing, we should be starting a women’s IPL with four teams and involve the best foreign players and our local and international Indian cricketers.”

Last season, BCCI organised an exhibition match between two women’s team ahead of the IPL 2018 playoffs. However, this time around, reports have emerged that the board is set to expand it to a three-team affair spread over a week to 10 days.
Goswami, who quit T20Is last year, advised that should women’s IPL become a reality, the organisers should aim to take those games to smaller towns and states which don’t have an IPL team of their own.

“Take these games out of the metros and try to connect with the smaller towns. If we are playing in stadiums with 30,000 capacity, you’ll barely be able to make it appear full. They better take the games to state associations which do not have IPL teams at the moment, like Vadodara, Lucknow, Vizag and Ranchi, to name a few,” she opined.

To market these games, the former India captain said BCCI should rope in celebrities like it did during the initial stages to promote IPL. “Bring in Bollywood and regional movie stars, famous ex-cricketers, just like the IPL did when it started. Hyderabad had involved their local stars, and Shah Rukh Khan, Juhi Chawla, Preity Zinta, Shilpa Shetty, Akshay Kumar were all there. Why not try to do the same?” she said. 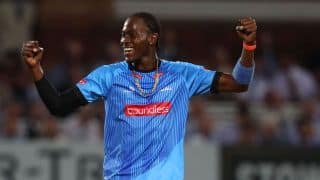