India's Smriti Mandhana has been the talk of KIA Super League in England. She has been in red-hot form for Western Storm, scoring 416 runs in nine matches including a century and two half-centuries.

India’s Smriti Mandhana has been the talk of KIA Super League in England. She has been in red-hot form for Western Storm, scoring 416 runs in nine matches including a century and two half-centuries.

Mandhana, 22, suffered a knee injury while playing for Brisbane Heats during the Women’s Big Bash League in 2017. She has revealed her mindest changed during that tough phase, when she was on crutches for two months.

Initially, disappointment would engulf her mind when not scoring runs but eventually she started seeing this from a different perspective. Now, whenever she fails with the bat, her focus is on enjoying her game.

“I wasn t able to walk,” she was quoted as by Guardian. “I spent two months on crutches. I used to feel like not scoring runs is the worst thing in life but I started thinking: ‘No, at least I m getting to go out on the field wearing the Indian jersey.’ Not many get to do that. I am lucky. Now, if I get runs or don’t get runs, I’m just going out there trying to enjoy my cricket.”

India faced England in the final of the ICC Women’s World Cup last year. India were inching closer to a famous victory when fast bowler Anya Shrubsole wrecked havoc to break their hearts. While the loss rankled, Mandhana, who scored a four-ball duck, quickly moved on from it and began working on her game.

“I only thought about it for half an hour! We had three months off afterwards and I tried to work on making small technical changes. But I ve definitely left it behind me now,” she said.

Chasing 229, India were well set at 191/3 when they Shrubsole triggered a collapse. She finished with six wickets as India were bowled out for 219.

Mandhana now shares the same dressing room with Shrubsole, both represent Storm in KSL, and both have struck up a good friendship. “I always felt she was a very angry kind of a person, very grumpy. But now, being her teammate, I ve got to know her and we have had some good conversations, she said. 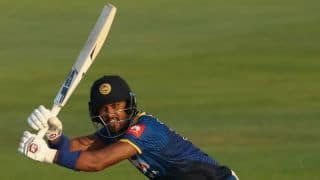 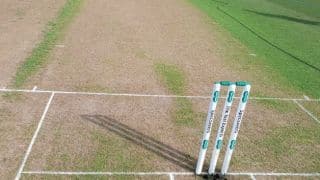