Sachin Tendulkar says that if somebody is good, he should be definitely given an opportunity to play for the country irrespective of age

Indian batting great Sachin Tendulkar has backed the guts and resolve shown by England selectors in opting for fresh talent in a challenging five-Test series against the number 1 ranked Test side India. Speaking to ESPNCricinfo, Sachin talked about the inclusion of Sam Curran and Ollie Pope in the England Test squad and drew a young player’s basic approach to the game.

On being asked that what is it about being a young player and does it bring about an innocence/different approach,to the game, the legend concurred, “It is indeed (different). When I played my first game, it helped a lot. I didn’t know how to face the likes of Wasim Akram, Waqar Younis, Imran Khan and Abdul Qadir, possibly the best bowling attack of that time. You’re fearless when you’re young. You don’t see the other side of the coin and you go out and play your natural game. With time you learn to balance things out but when you’re young, you just go and play your game without thinking too much of the consequences. It helps in the long run. That is what I’d ask both these guys to go out and do in the middle.”

“Enjoy the game because there are going to be tough moments but you’re going to emerge better from these situation,” he added.

On England conventionally not trying out or trusting young players and waiting for them to approach their mid 20s before giving them a push at the international level as compared to the Asian sides, Sachin retorted, “If somebody is good, he should be given an opportunity to play for the country. Age shouldn’t be the criterion.”

The little master made his Test debut at a tender age of 16 against Pakistan in Karachi in 1989 and went on to play for a further 24 years to emerge as the highest run scorer in Test cricket with an aggregate of 15,921 runs in 200 Test matches at an average of 53.78 with a staggering 51 hundreds to his name.

Read Also: Kuldeep will prove a handful, given an opportunity 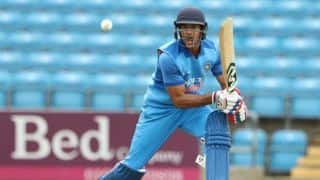 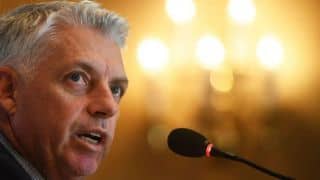 Dhoni or Dravid as important as "larger than life" Kohli, Stokes: Richardson