PCB has stated that they will be reviewing their in the 'Big Three' proposal.

The Pakistan Cricket Board (PCB) has distanced itself the comment of former chairman Ijaz Butt referring to the ‘Big Three‘ — India, Australia and England as ‘sons of pigs’.

Butt, who headed the PCB between 2008 to 2011, made the comment after a meeting with current chairman Najam Sethi to discuss the structural changes at the International Cricket Council (ICC) ruling body.

According to Sport24, Butt had said in his personal opinion, the ‘Big Three’ are ‘sons of pigs’, although the PCB hastily disclaimed the comment, saying that it is not the board’s opinion but Butt’s.

Butts had also said that Pakistan needed to safeguard their own interests in world cricket as every other board is doing the same.

Sethi, who has been meeting former heads of the PCB on the ‘Big Three’ issue after taking over as chairman last week, has made it clear that Pakistan will be reviewing their stance on the ICC changes.

Pakistan abstained from voting in favour of the changes at an ICC meeting in Singapore earlier this month, and has opposed the reforms, which effectively hand control of world cricket to India, Australia and England, the report added. 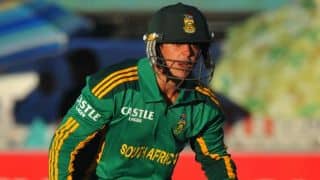