Faulkner clarified through Instagram that he is not in a same-sex relationship after his picture with a man had caused a stir.

A day after his Instagram post caused a stir on social media, Australia allrounder James Faulkner clarified that he is not in a same-sex relationship. On Monday, which happened to be Faulkner s 29th birthday, the allrounder posted a picture on Instagram with his mother and a person named Rob Jubb, whom Faulkner labelled as “the boyfriend”.

The hashtag #togetherfor5years complimented the post, which led many to speculate that Faulkner might be gay, even though the allrounder later edited the post to mention “(best mate),”. Yet, the post managed to cause a storm across various publications and social media with many questioning and pointing fingers towards Faulkner’s sexual orientation.

Faulkner then took to Instagram today morning where it was clarified that he and Jubb are just business partners because if which Jubb has been staying with him.

“There seems to be a misunderstanding about my post from last night, I am not gay, however it has been fantastic to see the support from and for the LBGT community. Let s never forget love is love, however @robjubbsta is just a great friend. Last night marked five years of being house mates! Good on everyone for being so supportive.”

As did Cricket Australia, who issued a statement seeking apology from anyone offended by Faulkner s unintended actions.

“Cricket Australia does not consider the social commentary this morning from James Faulkner to be a joke, nor does James,” said CA spokesperson Karina Keisler.

“His comment was made as a genuine reflection of his relationship with his business partner, best friend and house mate of five years. He was not contacted for clarification before some outlets reported his Instagram post as an announcement of a homosexual relationship.

“James and CA are supportive of the LGBQTI community and recognises coming out can be an incredibly emotional time. The post was not in any way meant to make light of this and, though the support from the community was overwhelming and positive. 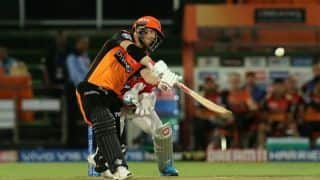 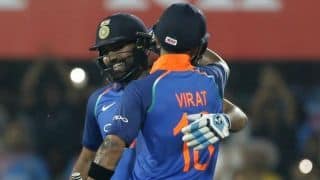