Another Inzamam-like runner in the making?

Inzamam-ul-Haq is a modern great when we take batting skills into consideration. One of the finest batsmen for Pakistan, Inzamam also holds the record for most runs by a Pakistani batsman in international cricket. However, Inzamam will forever be remembered for his involvements in run outs. A batsman of gigantic frame, Inzamam was a terrible runner between the wickets, often getting into mix-ups, costing either his or his batting partner s wicket.

It all seems to be in the genes. Inzamam, a Pakistani selector now, picked his nephew, Imam, for the England and Ireland tour. He started the well with the bat, managing 2 fifties from 3 innings of the practice First-Class games but he was involved in a comical run out that saw the back of Azhar Ali during Pakistan s second tour game, against Northamptonshire.

Watch the comical run out

Imam was trolled for his involvement in the run out and for the obvious reasons, parallels were drawn between him and his uncle s running style.

Just in case you aren t familiar with it and even if you are, this is gold.

Though his opening partner Azhar had to walk back for 10, Imam struck a fine 59 not out, helping Pakistan chase down 133 to win the tour game. 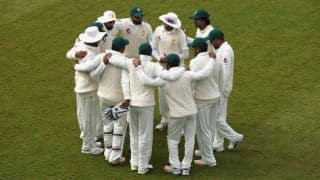 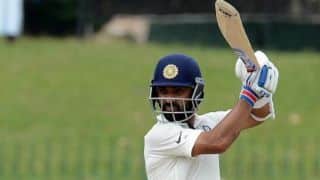