Sports Minister Kiren Rijiju says bringing BCCI under the ambit of NADA is one of his biggest achievements.

Sports Minister Kiren Rijiju on Monday said bringing the BCCI under the ambit of National Anti-Doping Agency (NADA) is one of his biggest achievements since assuming his new office three months ago.

The BCCI was earlier this month forced to come under NADA’s ambit, a landmark development that has opened up the possibility of the cricket board becoming a National Sports Federation (NSF) as per government norms.

Asked whether it was one of the biggest achievements of his tenure as sports minister, he responded in the positive.

“Definitely,” he said. “BCCI is the governing body of cricket and cricket is also a sport. So, all the sports law and sports provisions prevalent in the country is applicable to it. So failing to implement the law cannot be taken forward in a logical way,” he told PTI in an exclusive interview.

“But I am very particular that every sport, every game and every player in this country is equal. It was a natural course of action and it’s good that it happened, otherwise it would sound little vague that only one game is outside the ambit of the sports rules,” he added.

The implication of BCCI coming under NADA is huge as the country’s richest sporting body is now under tremendous pressure to fall under the government’s Right to Information (RTI) Act.

The BCCI has been refusing to come under RTI, claiming that it is not a NSF as it doesn’t take any grant from the government.

But the sports minister said it is just a matter of time before the BCCI comes under the RTI. “Government’s money is people’s money. So that statement doesn’t matter. How is the money coming to BCCI?” he questioned.

“BCCI’s argument itself is without any basis. Money belongs to the country. How does money comes to a sport? From people only, people watch TV, people pay for tickets or through advertisements, it is people’s money.

“It is very important for every organisation to function in a transparent and accountable manner. It’s not a question of cricket or any federation,” he added.

Rijiju also said that the National Sports Code is key to good governance in sports and the government is soon going to come up with a robust code. “The National Sports Code is very important law which will govern the sports administration in this country. We must have a system. If you want to have a robust sports culture in the country then you must have a robust system also. A robust sports code or rule or guideline has to be there,” he said.

“I think very soon we should be able to come out with a very clear cut sports code which would be an improved version of the earlier code.” 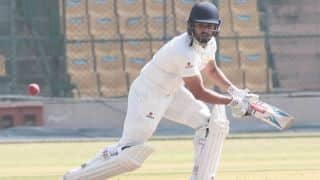 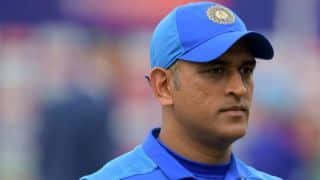