Imran Farhat and Misbah-ul-Haq powered Pakistan to a three wickets victory against South Africa in the fourth ODI at Durban on Thursday. 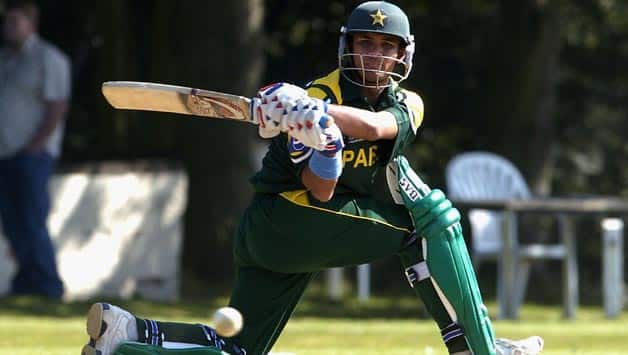 Imran Farhat and Misbah-ul-Haq powered Pakistan to a three wickets victory against South Africa in the fourth ODI at Durban on Thursday.

Initially in the Pakistan innings, Mohammad Hafeez became the first player in the history to be given run out for obstructing the field according to new rules.

South Africa, leading the five-match series 2-1, struggled to 234 for nine in their 50 overs, despite fourth wicket stand of 115 between captain AB de Villiers (75) and David Miller (67).

South Africa’s troubles started early when the tall left-armer Mohammad Irfan took wickets with the first two balls of the match. He had Hashim Amla caught behind, then bowled Colin Ingram with a yorker.

Fellow left-armer Junaid Khan followed up with the wickets of Graeme Smith and Farhaan Behardien as South Africa slumped to 38 for four after winning the toss.

De Villiers and Miller gave the home side hope of making a good total before Miller missed a sweep against Ajmal and was out after a career-best innings.

Miller’s 67 was scored off 77 balls and he hit seven fours.

His dismissal came nine balls before the batting power play and South Africa’s hopes plummeted when De Villiers was caught behind when he was adjudged to have gloved a sweep against Ajmal after making 75 off 108 balls with five fours.

The off-spinner had Ryan McLaren caught in the deep as the power play yielded just 17 runs for the loss of two wickets.

Michael Clarke should quit as a selector, says John Benaud