Pakistan-born South African cricketer Imran Tahir will be soon seen spinning the players in his web for the World XI tour to Pakistan.

Pakistan-born South African cricketer Imran Tahir will be soon seen spinning the players in his web for the World XI tour to Pakistan. However, before the tournament goes underway, the champion spinner had his set of problems. Tahir and his family were humiliated by a Pakistani consulate in Birmingham while applying for visa to travel to Pakistan. The spinner had to initially wait for 5 hours before he was expelled by the staff owing to the conclusion of the office hours. The matter had to be informed to Pakistan High Commissioner, Ibn-e-Abbas after which the visas were issued to Tahir and his family.

Me with my family were humiliated & expelled from Pak High Commission earlier today when I went to get visa to play for WorldXI in Pakistan pic.twitter.com/VByiqV4oFh

Upon hearing the matter, a high commissioner official told The Dawn, It’s an irony that being Pakistani origin South African cricketer and intending to play in World XI. [Tahir was treated so miserably. Tahir and family held South Africa passport that required additional processes, The time taken in issuing visas was due to non-filling out of four applications, non-availability of supporting documents and additional processing required in respect of visas for holders of a third country, the official added. 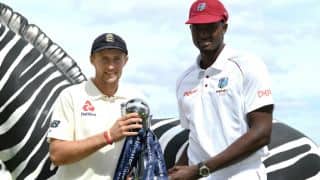