Bangladesh rebounded to finish on 242 for nine, with Imrul scoring 112.

Starting the day at Kensington Oval on 32 for three with only survival in mind, Bangladesh rebounded from a poor first session to finish on 242 for nine, with Imrul scoring 112, Thursday, reports CMC. On 13 at the start of the day, the 27-year-old batted well into the final session, to ensure the draw for the visitors. Overall, he lasted just over five and a half hours, faced 247 balls and counted 15 fours and two sixes.

At the heart of the resistance was a stubborn 89-run partnership for the sixth wicket between Imrul and Shuvagota Hom — who struck 39 — which ensured Bangladesh A batted through the post-lunch session without losing a wicket and into the final hour of play.

Impressive left-arm seamer Sheldon Cottrell led the attack with four for 51 while Miguel Cummins picked up two for 49. The result handed the hosts a 1-0 victory in the series, following a massive 351-run victory in the first match last week at the Windward Cricket Club.

With the target of 490 runs a near impossibility, Imrul and Mominul Haque set their stalls from early, in a 78-run fourth wicket stand. Mominul made just 19 but occupied the crease for 107 minutes in the morning session and faced 87 balls, before being run out off the first ball of the final over before lunch.

Two deliveries later, wicketkeeper Nasir Hossain edged seamer Carlos Brathwaite to Ashley Nurse at slip, as Bangladesh A slipped further. On 111 for five at the interval, Imrul and Shuvogoto batted sensibly thereafter. Imrul’s dismissal at 200 for six saw four wickets fall for 26 runs to create a nervous finish but wicketkeeper Nurul Hasan, 13 not out, and Robiul Islam, five not out, held on doggedly. 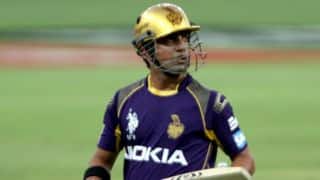 Gautam Gambhir was right, after all 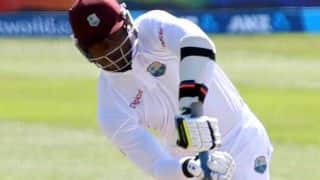