It all started with the two playing a virtual match of chess where Chahal outwitted his Kiwi counterpart.

Playing in India, spinners have always played a major role and the ongoing series between India and New Zealand prove to be no different. It is as much a battle of the teams as that of two leg-spinners Ish Sodhi and Yuzvendra Chahal. Both men have earned reputation for outfoxing batsmen in the ongoing series. Of late, they have engaged themselves in an off-field battle of wits. It is a known fact that Chahal had represented India Under-16 in chess. It turned out that Sodhi is fond of chess as well. The duo has been playing matches one after the other throughout the on-field series. Unfortunately, Chahal has won all the matches so far (it is not easy to beat a national-level player, you see).

It all started with the two playing a virtual match of chess where Chahal outwitted his Kiwi counterpart.

Sodhi was eager to settle scores and set up a chess match on a flight to their next venue. Sadly for Sodhi, it went in Chahal s favour again.

Chahal took a hat-trick, winning the third game on the next flight, but Sodhi is ready for a rematch.

The India-New Zealand series has turned out to be an interesting one. The ODI series went down till the last match and India won a close decider to win the series 2-1. The T20I series is currently squared 1-1 and the decider will be played on Wednesday. 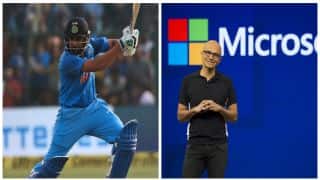 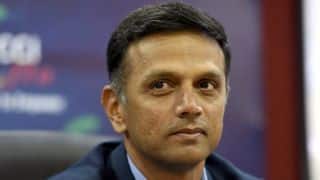