Nine countries will be participating in the inaugural Twenty20 Blind Cricket World Cup scheduled to be held from December 2nd to 13th in Bangalore. 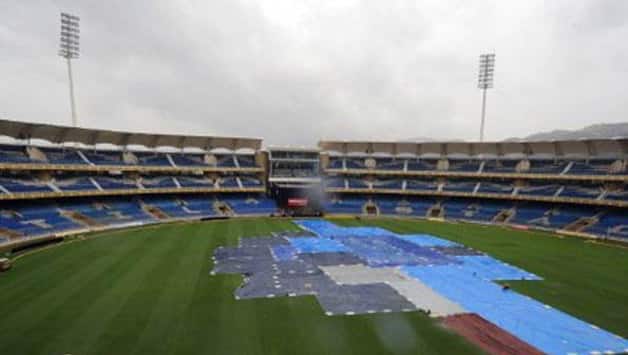 Nine countries will be participating in the inaugural Twenty20 Blind Cricket World Cup scheduled to be held from December 2nd to 13th in Bangalore.

The names of the selected players were announced at the press conference that was presided over by the AICC General Secretary Oscar Fernandes in New Delhi on Wednesday.

“I feel honoured to be associated with a great cause like this. I wish each and every player all the very best, may the best man take the World Cup home,” said Fernandes, the patron-in-chief of the World Cup.

“If one is differently-abled he should have equal opportunity to perform like the non-disabled,” he said.
The Indian contingent of 17 players will be led by 24-year-old hard hitting opening batsman Shekhar Naik from Karnataka. The Indian team which had defeated Pakistan in March is among the favourites going into the World Cup.

“We have a great chance of winning the World Cup.

Apart from the hosts India, Australia, Bangladesh, England, Pakistan, South Africa, West Indies, Sri Lanka and Nepal will be participating in the tournament.

CABI is organising the event in association with the Bangalore-based NGO Samarthan.

“It is a matter of great pride that we are conducting this event. The tournament will definitely make its mark as one of the most profound and innovative concept that our country is going to present on an international level,” he said.

The Cricket Association for the Blind in India is hopeful that BCCI will come forward and associate itself with the World Cup.

“We have met the BCCI officials a number of times, but haven’t received any concrete reply till now. We are very hopeful that BCCI will give a positive reply. Their support will not only help us to meet the financial demands but also conduct the event in a better manner,” said S P Nagesh, President, Cricket Association for the Blind in India.

“We still need around Rs. 1.5 crore for organising the event. I am confident that the Board of Control for Cricket in India (BCCI) will consider the request and will extend their required support duly,” he said.
A grand opening ceremony will be held in KSCA (Karnataka State Cricket Association) stadium. Over 40,000 people are expected to attend the ceremony to be held on 1st December.

The tournament will be played on league-cum-knockout basis in different grounds with a total of 39 matches.

The semifinals and the final will be broadcast live on the DD Sports channel.