India vs Australia: While the cricketing action has been at its finest, the ongoing series has witnessed its fair share of controversies as well. 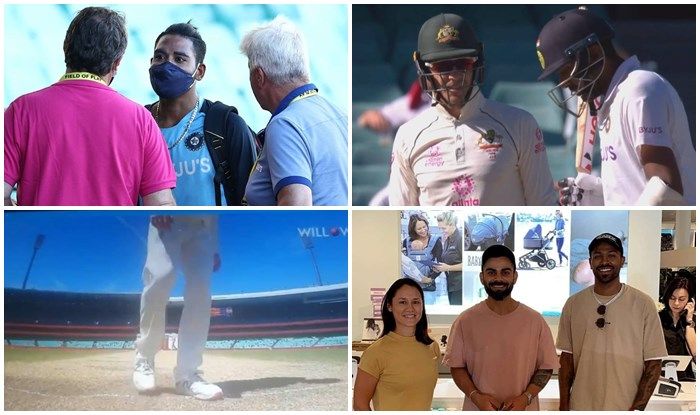 Team India is set to take on Australia in the final Test of the four-match series at The Gabba, Brisbane, starting from January 15. The series is currently level at 1-1, after the hosts won the first Test in Adelaide, followed by a triumph for the visitors in the second Test in Melbourne. The third Test in Sydney witnessed a thrilling draw, resulting in the Brisbane clash being a series decider. However, while the cricketing action has been at its finest, the ongoing series has witnessed its fair share of controversies as well. Here is a look at some of them:

1) Kohli-Hardik Accused After a Month: Virat Kohli and Hardik Pandya were in the limelight after being accused of not paying heed to Covid-19 regulations, while out shopping and purchasing items. The duo did not wear masks while out in the open with accusations of social distancing regulations being ignored. The Australian media raised this after the Melbourne loss while Kohli and Hardik were back in India.

2) Indian Players Breach Bio-Bubble: Rohit Sharma, Shubman Gill, Rishabh Pant, Prithvi Shaw, and Navdeep Saini were under the scanner after having a meal inside a restaurant, which is not permitted according to the norms imposed against COVID-19. The players were asked to isolate ahead of the third Test before being permitted to play the game.

3) Paine-Ashwin Verbal Duel: Ravichandran Ashwin and Tim Paine indulged in a spat during the course of the third Test in Sydney. Ashwin was batting solidly alongside Hanuma Vihari in a match-defining partnership, which is when Paine made some chirpy comments in an attempt to distract the all-rounder, for which the Indian had a fitting response.

4) The UGLY: This has to be the controversy that raised an eyebrow! Mohammed Siraj was racially abused by a section of the Crowd in Sydney, leading to an official complaint by the Indian team. The game was brought to a halt with those accused evicted from the stadium. A similar incident happened a day later with Siraj.

5) Cheating? Steve Smith also found himself in the middle of a controversy in the Sydney Test when cameras spotted him scuffing up the batsman’s batting guard during the drinks break. Smith faced heavy backlash on social media once the video surfaced.

6) Umpire’s Call: Time and again ICC faced backlash for the umpire’s call rule in cricket. On occasions, the bowling and the batting side benefitted from it. Former cricketers also cricticised the rule. Former India batting maestro Sachin Tendulkar voiced his concern as well. He asked ICC to look into it ‘thoroughly’. 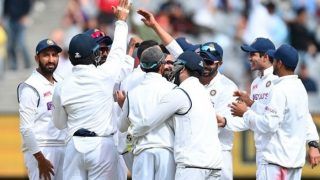