India are already missing the services of seasoned pacers Mohammed Shami and Ishant Sharma and the latest injury would add to the visiting team's woes in the four-match Test series. 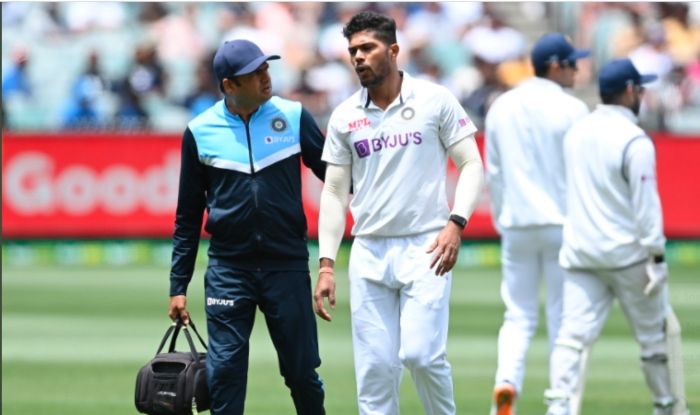 Another injury setback for the Indian cricket team as their premier pacer Umesh Yadav has been ruled out of the ongoing Border-Gavaskar trophy due to a calf injury. Umesh, who hobbled off the field on day 3 of the Boxing Day Test at the MCG, will not play in the third and fourth Test and is set to return to India, as per the latest reports. T Natarajan, who is already in Australia with the team, is expected to his replace the 33-year-old in India squad for the remaining Test series.

Umesh featured in both the Test matches on the tour and picked four wickets while bowling 39.4 overs. He picked up three wickets in the Pink-Ball Test in Adelaide which India lost by eight wickets. In Melbourne, Umesh was in the middle of a fine spell when he experienced pain in his left leg and called for immediate medical attention. He later limped back to the dressing room.

Umesh bowled at a good pace and corrected his length in the second innings scalping the crucial wicket of Australia opener Joe Burns early.

“Umesh Yadav complained of pain in his calf while bowling his 4th over and was assessed by the BCCI medical team. He is being taken for scans now,” the BCCI media team said in a statement read on Monday.

India are already missing the services of seasoned pacers Mohammed Shami and Ishant Sharma and the latest injury would add to the visiting team’s woes in the four-match Test series.