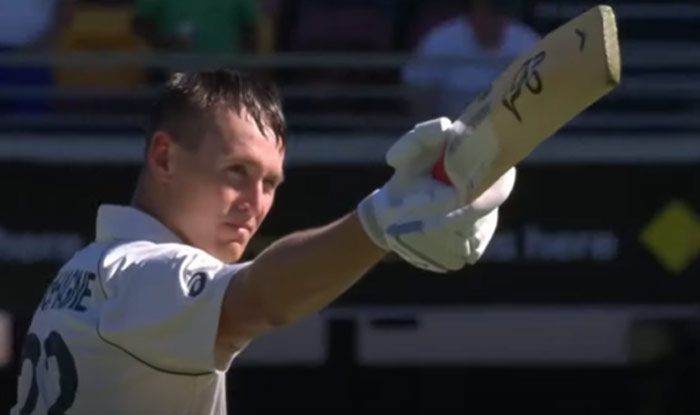 India punched above their weight after being forced to field a depleted bowling attack in the series-deciding fourth and final Test against Australia at The Gabba in Brisbane on Thursday. Australia won the toss and Marnus Labuschagne (108) recorded a fifth Test century but the inexperienced India attack managed to get breakthroughs keeping the hosts to 274/5 in 87 overs as the day’s play came to an end.

For India, debutant T Natarajan took two wickets while Mohammed Siraj, Washington Sundar and Shardul Thakur picked up a wicket each. Here we take a look at the top-five moments from the opening day’s play.

A guard of honour for the GOAT

Australia offspinner Nathan Lyon is playing in his 100th Test as he became the third ever bowler from his country to do so. To mark the occasion, his teammates gave him a guard of honour before the day’s play got underway. Lyon will be hoping to make it a memorable outing as he’s also just four wickets away from 400 Test scalps.

India were forced to make four changes due to injuries to several of their first-choice players. With them fast running out of options, they ended up giving debuts to the likes of T Natarajan and Washington Sundar – two players nobody would have guessed will make the playing XI on the current tour considering the wealth of options India already had at their disposal when the tour began. Both though gave a decent account of themselves. Sundar got rid of the dangerman Steve Smith while Natarajan struck twice in quick intervals to knock down Labuschagne and Wade bringing India back into the match.

While India will be satisfied with the way the day turned out despite the issues, they must have been thinking what would have been the scenario had they managed to not put down a couple of easy catches. The first culprit was Ajinkya Rahane himself who failed to hold on to a sitter early in the morning session that would have sent back Labuschagne on 37. He went on to punish them for that costly mistake – more on that later. Then late into the final session, Shardul spilled a fairly easy catch off his own bowling to dismiss Cameron Green who finished unbeaten on 28 off 70 and has so far struck three fours.

India’s wretched luck with injuries continued in Brisbane as well with fast Navdeep Saini taken for scans after complaining of pain in groin. He had bowled five deliveries of his eighth over when right after Rahane grassed a sitter, he called up the team physio looking visibly uncomfortable. He left the field and returned for a brief period only to walk off again.

47, 6, 48, 28, 91 and 73. These are Labuschagne’s scores in the six innings before the fourth Test. It’s clear, barring one occasion, he got start every single time and almost made it to three figures in Sydney but fell short by nine runs. At The Gabba, he made it count, riding on luck as he was given a life on 37. He converted it into a fifth Test century and was out after scoring 108 off 204 with nine fours.