However, England lost the wicket of opener Rory Burns on the first ball of the innings as Ashwin got the better of him with a peach of a delivery. England were 1/1 at Lunch on Day 4. 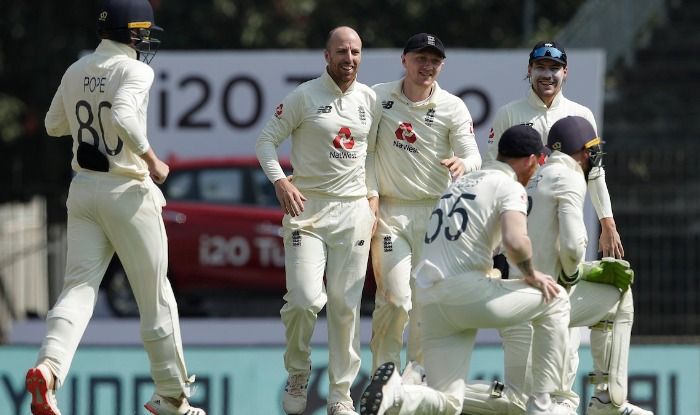 England bowlers brought their A-game on the table in the first session of Day 4 to bowl out India for 337 at MA Chidambaram Stadium. Interestingly, the visitors decided to not enforce follow-on after taking the massive 241-run lead.

India resumed their innings from 257/6 at Day 4 as Washington Sundar and Ravichandran Ashwin battled hard against England to lead the hosts’ fightback. The duo shared a crucial 80-run stand for the seventh wicket to avoid the follow-on which eventually England didn’t take. It was the new-ball that did the trick for the England team as the bowlers started getting some help after taking it.

Jack Leach breached Ashwin’s tight defence to provide England an important breakthrough. Ashwin scored 32 runs before edging the bowl to wicketkeeper Jos Buttler. Shahbaz Nadeem replaced the veteran spinner in the middle but failed to score any and dismissed for a duck by Leach.

Washington Sundar remained not out on 85 – his highest score in Test cricket. He impressed many with his grit and resilience. The southpaw played 138 balls in which he hit 12 fours and two sixes. His partnership with Ashwin played a crucial role as England might have changed their decision to enforce follow-on looking at India’s batting depth.

Off-spinner Dominic Bess was the pick of the England bowlers as he picked four wickets in the 26 overs he bowled. Leach, Jofra Archer and Anderson scalped two-two wickets each.

On Day Three, Rishabh Pant and Cheteshwar Pujara had made valuable contributions of 91 and 73 respectively.

However, England lost the wicket of opener Rory Burns on the first ball of the innings as Ashwin got the better of him with a peach of a delivery. England were 1/1 at Lunch on Day 4. 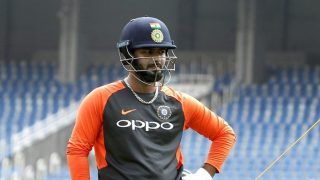 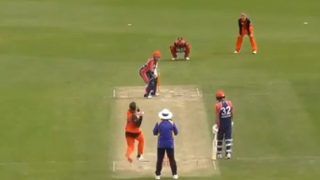