It all started towards the end of play on day 3 of the 2nd Test when Bumrah bowled a 10-ball over at Anderson which included four no-balls.

Recalling the high-octane battle between two cricketing powerhouses (India and England)- India’s fielding coach R Sridhar has given his take on the verbal altercations that happened during the second Test at Lord’s Cricket Ground. The verbal duels became a topic of debate after the conclusion of the match. Sridhar said England’s veteran fast bowler James Anderson’s refusal to accept the apology from Indian pacer Jasprit Burmah after the end of Day 3 of the second Test motivated Indian players which eventually showed during the fifth day’s play.

“Bumrah is a competitive fast bowler but wouldn’t want to intentionally hurt anyone,” said Sridhar during a chat on Ravichandran Ashwin’s Youtube channel.

It all started towards the end of play on day three of the 2nd Test when Bumrah bowled a 10-ball over at Anderson which included four no-balls. The 27-year-old Bumrah ran in and bowled at speeds over 90 mph while hitting Anderson on the helmet and on the body in an over that almost 15 minutes to complete.

“Bumrah bowled 8-10 balls. Yorkers, bouncers. Anderson was uncomfortable but somehow didn’t get out There was an unwritten rule among fast bowlers’ club previously. You shall not bowl bouncers. Bowl full ones and get the other out. It was an understanding. Now that club is gone,” added Sridhar while talking about the over of short-pitched deliveries that Bumrah bowled to Anderson at the fag end of third day’s play.

According to few reports, Anderson asked Bumrah to bowl slow during this (watch video) famous 15-minute long over 😂

What we heard via stump mic- Bumrah to Buttler: I wasn’t the one who asked to bowl slow. This means we’re in for some aggressive cricket.#ENGvsIND pic.twitter.com/8F4TaKDRUK

India had won the second Test at Lord’s by 151 runs following an unbeaten 89-run ninth-wicket partnership between Bumrah (34 not out) and Mohammed Shami (56 not out). India bowled out England for 120 inside two sessions on day 5.

Sridhar added that Bumrah went and apologised to Anderson, who brushed him aside. “After the innings, the boys were walking back to the dressing room. Bumrah walked past Jimmy and patted at him, so as to tell him that it wasn’t intentional. Bumrah had gone to talk to him and end the matter, but Jimmy brushed him aside,” added Sridhar.

“That got the team together. Not that the team wasn’t together before. It sparked/ignited a fire in everyone. The effect of that was visible on day 5,” explained Sridhar.

Ashwin, who is also part of the squad but hasn’t played a single Test so far, said, “What happened was that they ran fast and bowled fast to hit us and they lost the game there.”

The 51-year-old former first-class player, who had represented Hyderabad in Ranji Trophy recalled what coach Ravi Shastri had told him on the fifth day.

“He said: ‘If we can give them target or 180, we can get them under pressure’,” added Sridhar. 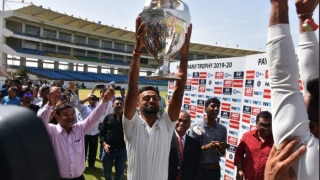 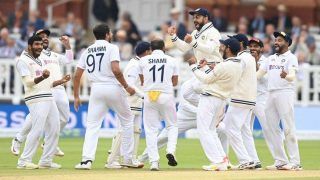