IND vs ENG: Michael Vaughan Calls For Change in Isolation Laws Amid Reports of COVID-19 Outbreak in Indian

Former England skipper Michael Vaughan on Thursday said he fears for the upcoming Hundred and the Test series against India unless the Covid-19 isolation rules change within the UK.

Former England skipper Michael Vaughan on Thursday said he fears for the upcoming Hundred and the Test series against India unless the Covid-19 isolation rules change within the UK. Apart from the upcoming five-Test series between India and England, Vaughan also raised concerns over the highly-awaited Ashes battle later this year, saying change to COVID isolation laws is the need of the hour.

The spread of COVID-19 wasn’t restricted to just the England team in the recent past, even two Indian cricketers were affected by the virus in the UK. The 46-year-old Vaughan’s comments came after reports emerged that India wicketkeeper-batsman Rishabh Pant had tested positive for the coronavirus and has been in isolation for the last eight days.

“I fear for the 100 & the Indian Test series unless the isolation laws change .. we are bound to have cases as is the case with @RishabhPant17.. plus further down the line I fear the Ashes could be hugely affected with players pulling out unless bubbles/quarantine rules change,” tweeted Vaughan.

Australia currently also has stringent Covid-19 protocols in place, hence Vaughan said that he feels players might opt out of Ashes, slated to go ahead later this year.

The former England captain, however, didn’t specify what changes he would like to see in the current quarantine rules for cricketing teams. Pant will not be travelling with the Indian squad to Durham where the Virat Kohli-led Indian team will play a practice match before taking on England next month.

The Indian team was given a break after the World Test Championship against New Zealand. 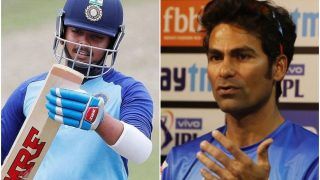 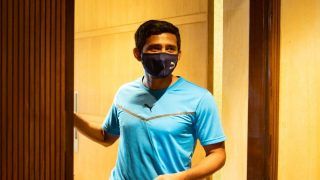