IND vs ENG: Virat Kohli Becomes Only Second Batsman in History to Score 10,000 Runs at No.3, Ricky Ponting Tops The Coveted List

IND vs ENG: Virat Kohli Becomes Only Second Batsman in History to Score 10,000 Runs at No.3, Ricky Ponting

Kohli added another feather to his already-illustrious cap as he surpassed Graeme Smith to become the fifth-highest run-scorer as a captain in the ODI format.

Every time Virat Kohli walks out to bat wearing that pristine blue jersey in the 50-over format, he continues to elevate his reputation as the world’s leading batsman. The Indian captain, already an owner of several batting records in his 13-year-long career, scripted a new record on Friday during the 2nd ODI between India and England at the MCA Stadium, Pune. Kohli became the only second batsman in history to breach the 10,000-run mark while batting at the crucial number three position. He achieved the feat in his 192nd match – 190th innings for India.

While batting at No.3 for Team India, the 32-year-old boasts an incredible average of 63.01. He has slammed 36 centuries – highest at the position – and 52 half-centuries while coming one down. However, Kohli once again failed to convert his fifty into a hundred as he fell for the score of 66. Adil Rashid picked up the prized scalp of an Indian skipper who failed to execute the perfect cut shot.

Meanwhile, Kohli also surpassed former South Africa captain Graeme Smith’s tally of 5,416 runs – in the list of most ODI runs by a skipper during the 2nd ODI against England in Pune. Kohli, who played his 94th ODI as skipper, became the fifth-highest run-scorer as a captain in the ODI format.

The No.1 in the list is former Australia skipper Ricky Ponting, who has amassed 8497 runs in his 234 ODIs as captain. The Australia legend is followed by former India captain MS Dhoni who is at No.2 with 6641 runs in 200 ODIs as a skipper.

However, Kohli has the best strike-rate and average combination in ODI cricket. He is the only one in the elite list to average more than 70+ in ODIs as captain. His strike of 98.55 is also noteworthy.

In the first ODI against England, Kohli also became only the fourth batsman to complete 5000 runs at home after Sachin Tendulkar – 6976 runs, Ricky Ponting – 5406 runs, and Jacques Kallis – 5178 runs. 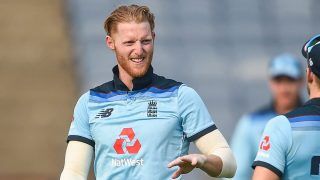 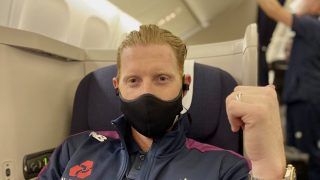