IND vs ENG: Virat Kohli Performs Snatch Routine Ahead of 3rd Test vs England, Says No Substitute For Hard

Kohli shared a video on his official Twitter handle where he can be seen sweating it out at the gym ahead of the third Test versus England at Headingley. 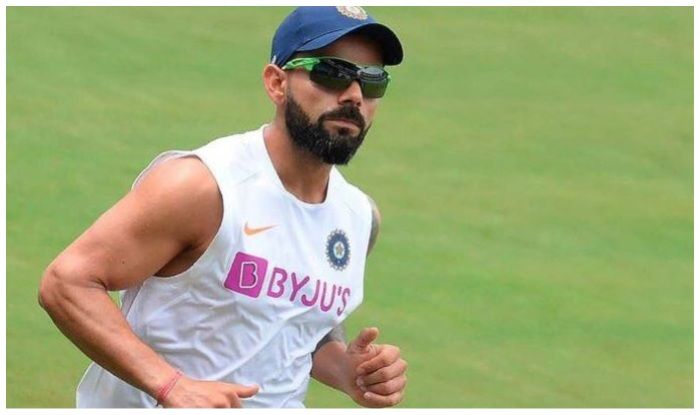 Delhi: Eyeing a big score in the upcoming matches, India captain Virat Kohli is leaving no stone unturned to prepare for the third Test against England at Headingley, Leeds which gets underway on Wednesday. Kohli needs no introduction when it comes to fitness and living a healthy lifestyle. Working out on his strength and flexibility, Kohli makes sure he doesn’t miss a day at the gym. The 32-year-old recently shared a video on his Twitter handle in which he can be seen doing a barbell snatch, a form of weight training.

Kohli on Monday shared a video in which the right-handed batsman can be seen sweating it out at the gym ahead of the third Test. Kohli Tweeted: “There’s literally no substitute to hard work”.

Kohli hasn’t scored a century in international cricket since November 2019. He has scored 62 runs in three innings of the first two Tests against England. The first Test ended in a draw but India staged an incredible comeback to take the second game by 151 runs at the Lord’s Cricket Ground.

However, Kohli’s impressive leadership, tactical moves and inspiring changes were the key ingredients that gave India a memorable and historic victory in the second Test. In a recent interview, batting legend Sachin Tendulkar pointed out the errors that India’s skipper has been making in the Tests in England so far which is why he hasn’t been able to score runs like the last tour.

“Virat hasn’t had a great start. It is the mind that leads to technical errors and if the start isn’t good you start thinking about a lot of things. Because anxiety levels are high you tend to overcompensate your movements,” Tendulkar said.

“When a batsman isn’t in good form you either go too far across or don’t move your feet at all. That happens to everyone. Form is also your state of mind along with the body working in harmony,” Tendulkar said.