Ind vs NZ, 2nd Test: Out or Not Out? India Captain Virat Kohli Dismissed in Controversial Circumstances

Ind vs NZ, 2nd Test: Out or Not Out? India Captain Virat Kohli Dismissed in Controversial Circumstances

New Zealand were visibly ecstatic after seeing the back of the Indian skipper Virat Kohli. 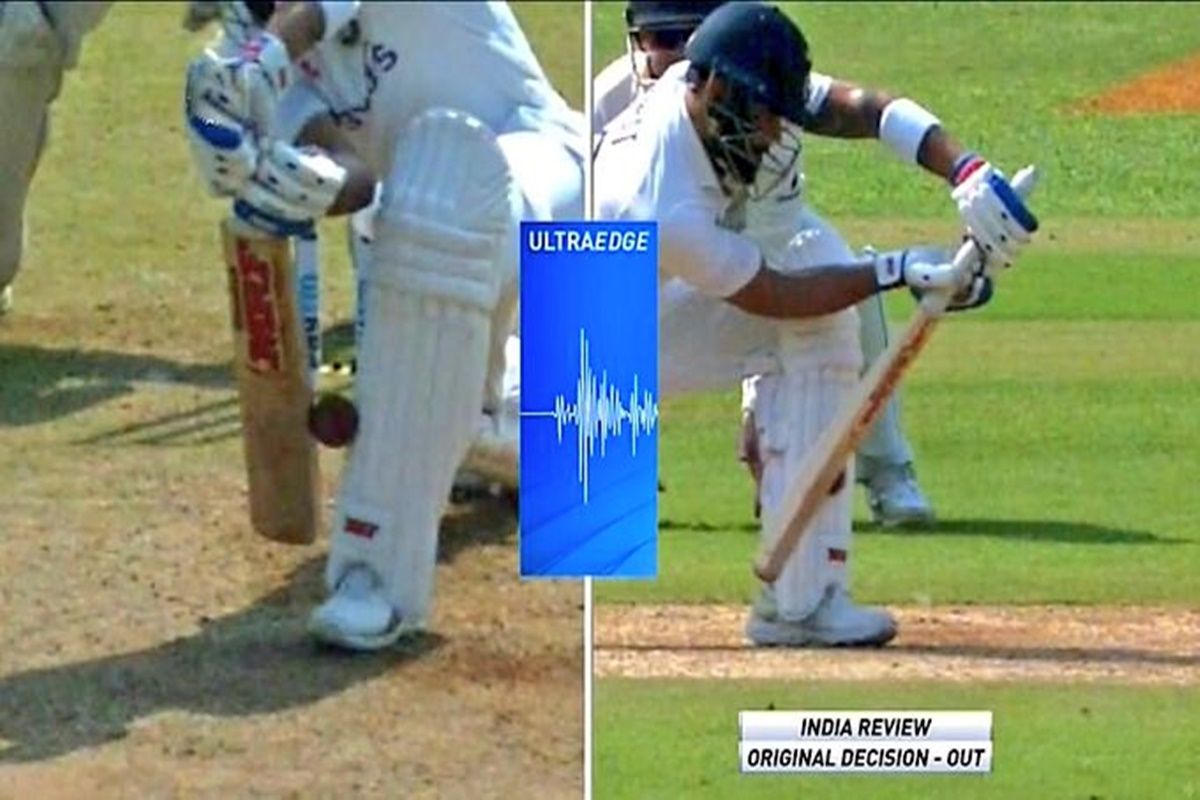 New Delhi: India captain Virat Kohli was dismissed in controversial circumstances during the first day’s play in the second Test match against New Zealand at the Wankhede Stadium, Mumbai on Friday. New Zealand left-arm spinner Ajaz Patel had his tail up after dismissing India opener Shubman Gill and Cheteshwar Pujara in quick succession, which brought Kohli at the crease.

With the ball pitching and going straight on with the arm, Kohli was looking to play for the turn. Patel went up almost immediately once the ball hit the pads and the umpire, Anil Chaudhary had a long look at it before raising his finger. Kohli went for the review right away and the third umpire decided to stay with the on-field decision since he didn’t have any conclusive evidence to overturn the on-field call.

If this is out then your choice of umpire is excellent ✌️

Next level of #umpire pic.twitter.com/5XK7qpuBhZ

Replays suggested that the ball hit the front pad almost at the same time when it took the inside half of Kohli’s bat but it was too close to call off the naked eye, even when the third umpire Virender Sharma looked at the replays from several angles.

New Zealand were visibly ecstatic after seeing the back of the Indian skipper, who returned to action after deciding to take a break from the T20I series and the first Test that ended in a thrilling draw at the Green Park Stadium in Kanpur.

India found themselves in a spot a bother after the openers got them off to a great start but lost three quick wickets in the form of Gill, Pujara and captain Kohli. Patel was the pick of the bowlers for the Kiwis, having picked up all the wickets that had fallen in the day.

With Kohli dismissed without troubling the scorers, he became the first Indian captain to register 10 ducks in Test cricket. 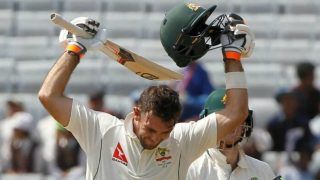 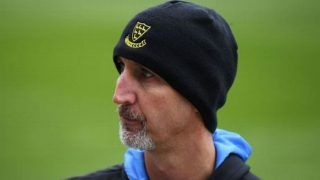 Jason Gillespie: Think we Will See a Slightly Different Bowling Attack Throughout The Series