As part of a new leadership group, India's T20 vice-captain Rahul is excited about working with new coach Dravid and captain Rohit in the upcoming New Zealand series.

Jaipur: Their bond is more than 15 years old but India’s T20 vice-captain KL Rahul is extremely excited and eagerly looking forward to working with the new head coach Rahul Dravid whose tenure begins with the three-match T20I series against New Zealand, starting on November 17. Often hailed as the “true ambassador” of the gentlemen’s game – Dravid will bring along with him a culture in which the players will put the team above themselves, reckons Rahul. The younger Rahul, who plays for Karnataka, the same state team that Dravid represented during his playing days, and has known him ever since the time he was coming up the age-group ranks.

The T20 home series against New Zealand marks the start of a new era for Indian cricket after the disappointment of a pre-mature exit from the T20 World Cup. “I’ve been very fortunate that I’ve known him for a very long time,” Rahul said in a press conference two days out from India’s first T20I in Jaipur. “Obviously as a youngster I did try and pick his brain and I did understand the game better, and understand the art of batting better from [having talked to] him, and he’s been more than kind and he’s been very helpful to all of us back home in Karnataka.

With the next edition only 12 months away, Rahul said the team management will soon take a call on what is the best template to follow in the unforgiving shortest format.

“Obviously since he’s finished playing he’s been [coaching] different teams and he’s been helping the boys around the country, so to have him here with this set-up is a great opportunity for all of us to learn from him.”

? ? It’s a great opportunity to learn from him. #TeamIndia vice-captain @klrahul11 on working with the newly-appointed Head Coach Rahul Dravid. ?#INDvNZ pic.twitter.com/Aqzp0YCXRE

Over 15 years ago, the 29-year-old Rahul scored two double centuries for Mangalore Zone in the KSCA inter-zonal under-13 tournament and caught the eye of Dravid.

“We all know what a big name Rahul Dravid is in Indian cricket and the kind of things he has done for our country. So it’ll be a great opportunity and great time for all of us to learn from him and get better as cricketers and understand the game better, and understand the game from his point of view.” Rahul said referring to the new head coach.

The vice-captain also spoke briefly about Dravid’s vision for the team. “When it comes to coaching, I have played a couple of games with the India A set up and we have had a small chat just before coming out here for training. He is somebody who’s big on setting a good team culture and creating an atmosphere where people are thriving and trying to get better as people and cricketers.

“He was always a team man when he was playing and that is the kind of culture he wants to bring in here where everyone is putting the team ahead instead of personal goals.”

The new think thank has just got together and there will be plenty of discussions in the near future, said Rahul. About Rohit, the stylish batter said his performances for the Indian team and his IPL franchise say it all.

“We have all seen him in the IPL and his stats are for everybody to see. He has a great understanding of the game and tactically he is really good and that is why he has been able to achieve what he has as a leader.

“He will bring a lot of calm into the dressing room. The next few weeks will be exciting to know what kind of goals he has for the team and what kind of template we are looking to play.

“In a team sport it is always a collective effort and decision. The job of the leadership group is to ensure that everybody is clear about their roles and feeling secure in the team and it will be an exciting challenge to create that kind of atmosphere,” he said. 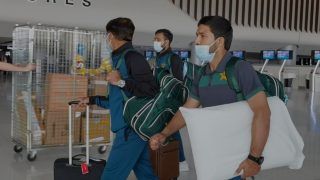 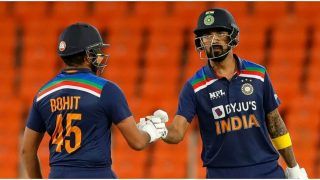 I Am Not Carrying a Metre With Me To Know How Bad It Is: KL Rahul on Air Pollution Threat to First T20I vs NZ