Former India batter Uthappa suggested that "young and talented" Pant deserves a break from the game to find back his batting rhythm.

Delhi: Former New Zealand captain Daniel Vettori feels “time is running out” for India’s young and talented wicketkeeper-batter – Rishabh Pant who failed to play any substantial knock in the recently-concluded T20I series against the Black Caps. With Ishan Kishan waiting in the wings, Vettori feels Pant quickly needs to understand his role in Team India’s white-ball setup if he wants to cement his place in the playing 11.

Batting at No. 4 and 5 – the 24-year-old Pant wasn’t able to set the series on fire with the bat, scored 33 runs (4, 12*, 17*) in the three matches against New Zealand. Vettori pointed out that Pant’s “lack of clarity” about his role in the team was the primary reason behind his failures. Despite Pant’s failures, Rohit Sharma-led Indian cricket team blanked New Zealand 3-0 in the three-match T20I series.

“He hasn’t got his tempo right in T20 cricket. He hasn’t quite understood his role, particularly in this series. Sometimes he is overly cautious, then he is reckless.

“It doesn’t feel like there is a flow to his game. When you see great T20 batters batting well, it is all about flow and momentum and you just feel a rhythm to it. He hasn’t quite got that yet,” Vettori was quoted by ESPNCricinfo.

The 42-year-old Kiwi feels Indian team management has to convey the message to Pant and help him sort his issues in the shorter format. He went on to add that KL Rahul or Ishan Kishan are bright prospects for the wicketkeeper’s role in T20 cricket.

“I will be surprised if they (team management) don’t talk long and hard about what they expect from him. But the onus is on Pant to find that right tempo. The reality is, if he doesn’t, they can look elsewhere. They have Ishan Kishan and KL can keep wickets as well in T20.”

“They will give Pant the opportunity to find his rhythm, knowing that they can change pretty quickly as well,” concluded Vettori.

Former India batsman Robin Uthappa is of the opinion that the long time spent inside multiple bio-bubbles might have taken a toll on the India wicketkeeper’s mind and body. Uthappa suggested that Pant deserves a break from the game to get back the rhythm.

“Rishabh has been on the road with the Indian team for a couple of years non-stop. He has made himself available to play anything and everything without complaining. To be constantly in a bubble saps you. I am certain that also has an impact on the way he performs on the field,” Uthappa said.

“Maybe lack of clarity or mental fatigue, it could be just that as well. He is a top-class player and it’s a matter of time before he comes back and hits the ball the way we know he can. I think he deserves a bit of a break to just switch off from cricket,” Uthappa concluded. 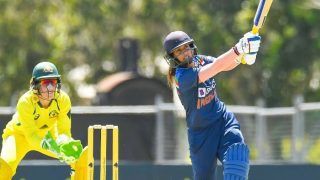 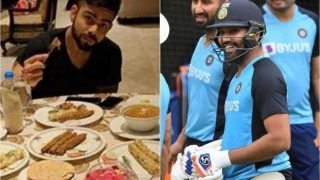