It was a second back-to-back bilateral T20I series triumph with a clean sweep for India after beating the Black Caps 5-0 in their own den in 2020. 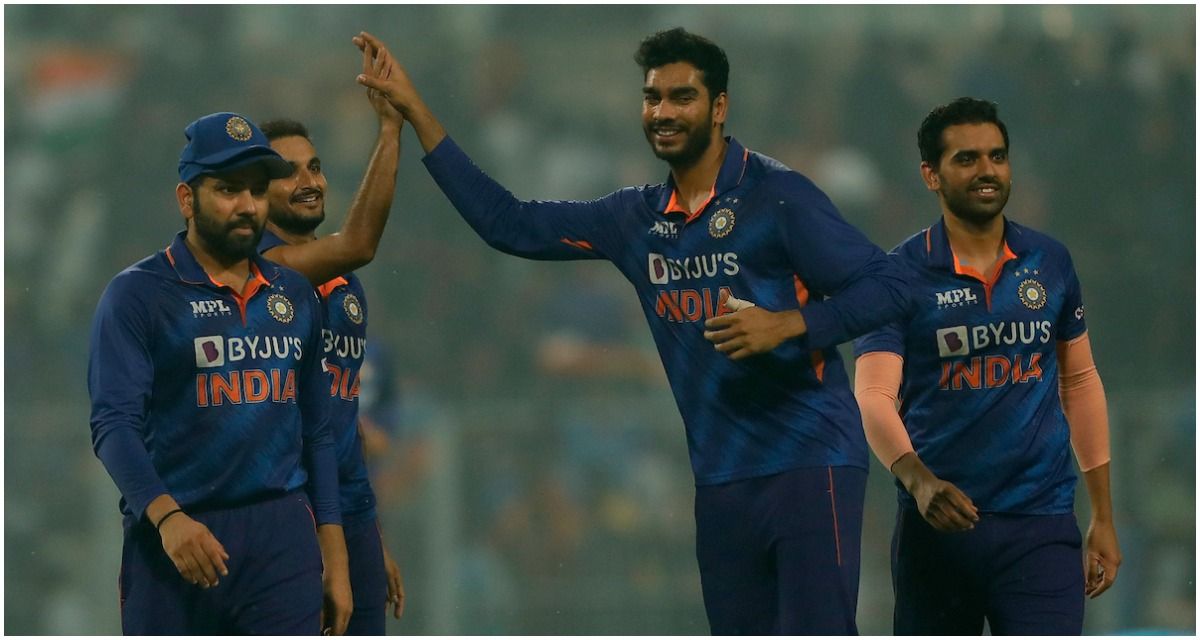 Kolkata, Nov 21: India ended their T20I series against New Zealand on a high note as the Men in Blue beat the Kiwis by 73 runs at the Eden Gardens on Sunday. This is the first series win for both Rohit Sharma and Rahul Dravid as captain and coach respectively as Kolkata witnessed a sensational performance from the Indian team.

India tail-enders did well to guide their side to 184 in 2o overs, with captain Rohit yet again scoring a half-century. Bowlers did a wonderful job in restricting New Zealand to a paltry score of 111.

It was a second back-to-back bilateral T20I series triumph with a clean sweep for India after beating the Black Caps 5-0 in their own den in 2020.

Axar Patel (3/9) bowled accurately and also got one to turn as his three wickets in Powerplay literally ended New Zealand’s resistance and the rest was a mere formality.

The New Zealand team looked bone tired after a gruelling T20 World Cup campaign and the result won’t be a fair reflection of the team’s capabilities as they went through the motions for the better part of the three games.

For India, who were aiming to reset the button, the series win will certainly give them a few pointers going forward.

For Rohit and head coach Rahul Dravid, this series was about checking what kind of ammunition they have going forward.

Bhuvneshwar Kumar and Ravichandran Ashwin’s return to form in white ball cricket augurs well as there is no substitute for experience.

Venkatesh Iyer has shown potential and needs to be persisted with. He bowled steadily and needs more game time to become a middle-order enforcer having been a top-order player.

Harshal Patel is a welcome addition with his sincere efforts but the middle order still remains a bit iffy as it didn’t perform up to expectation in any of the games.

A few like Ruturaj Gaikwad and Avesh Khan went untested but the skipper will surely use all his options going forward.

But what he has shown like his predecessor Virat Kohli is ability to walk the talk with performances that his mates will look up to.

When India batted, Rohit’s imperious form was on full display as he laid the platform for an above par score.

In his bid to test the team’s character by batting first, the skipper led the way with five fours and three sixes in his sublime knock but despite a blazing start, the Indians stuttered in the middle overs before Harshal Patel (18 off 11 balls) and Deepak Chahar (21 not out off 8 balls) used their long handles which fetched 50 runs in last five overs.

Having got two flashy back-to-back boundaries off the very first over by Trent Boult, there was no looking back for Rohit.

There was no preferential treatment as all the fast bowlers were treated with equal disdain as he and Kishan made full use of the of the Powerplay overs, which yielded 69 runs.

Rohit pulled Boult behind square for his first six and hit Adam Milne (0/47 in 4 overs) over long-on for the second maximum and the third off Lockie Ferguson was another pull behind the square into the stand below the giant electronic scoreboard.

Post Powerplay, stand-in captain Mitchell Santner (4-0-27-3) was able to pull things back as Kishan edged an arm ball into the keeper’s gloves while Suryakumar Yadav (0) played a loose shot to a tossed up delivery giving an easy catch to the cover, much to the irritation of his skipper.

Rohit’s frustration was compounded when Rishabh Pant went for an ugly hoick to give Santner his third wicket in his second over.

But Rohit didn’t allow the fall of wicket to bog him down as he got his fifty with a deliberate cut through the vacant third-man area off his opposite number.

It took a brilliant one-handed reflex catch from Ish Sodhi to dismiss Rohit. Sodhi tried to bowl wide off Rohit’s reach but gave enough air, which enticed him to give the charge without getting to the pitch of the delivery. 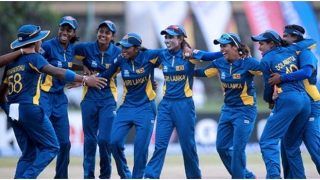 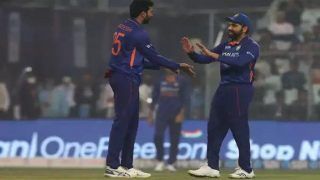